Did you know that between 2000 and 2012, 2.3 million square kilometers of forests around the world were cut down?  Trees are being cut down around the world rapidly and that is not going to slow down any time soon unless changes are made. I think what we need to do is not necessarily make a change right now, but be educated about it, and then hopefully try to make a change eventually. Cutting down fewer trees would improve the water cycle, help reduce global warming, and increase biodiversity. It is a problem because it damages the quality of the land that was deforested. We need to make this a worldwide issue, so that everybody knows the negative effects it really has on us. Some places around the world such as Japan have rain forest policies where they cannot cut the forest down, and we need to put some of those in place right now.

Some people may say that the trees we cut down help us to build houses, structures and other useful materials in our everyday life. They say that cutting trees down benefits us more than it negatively affects our society and economy. In reality, ”The new procedures to get amounts of wood are causing more harm to the economy and overpower the amount of money spent by people employed in logging” (Deforestation).

Deforestation has many negative effects on us today. One of many is how it effects the water cycle.  When a forest is destroyed, the trees that were there no longer extract groundwater through their roots and release it into the atmosphere."Trees also help perpetuate the water cycle by returning water vapor back into the atmosphere. Without trees to fill these roles, many former forest lands can quickly become barren deserts" (National Geographic). This results in a much drier climate wherever the forest was destroyed. Also destroying the trees leads to dry soil, which reduces soil cohesion, leading to more floods and erosion, which is bad for the environment.

Next, tropical deforestation is responsible for about 20% of the world’s greenhouse gas emission. Deforestation often causes carbon dioxide to just float around in the air, which produces a layer in the atmosphere that traps radiation from the sun. This radiation converts to heat and warms the earth. This is known as global warming, but is usually called the greenhouse effect. Tropical deforestation also releases about 1.5 billion tons of carbon into the air each year, which plays a big role in global warming.

Finally, the most important effect of deforestation is the decline in biodiversity. Tropical rain forests are one of the most diverse ecosystems on the earth, and destroying these rain forests kills many species of plants and animals. About 50,000 animal, plant and insect species are being lost each year due to deforestation. "Seventy percent of Earth’s land animals and plants live in forests, and many cannot survive the deforestation that destroys their home" (National Geographic). This means that deforestation is causing many animals to lose their habitat and die.

I am convinced that deforestation affects our global environment by harming the water cycle, increasing global warming, and last but not least, decreasing biodiversity. If we cut down fewer  trees around the world, many species would be saved and less carbon dioxide would be released into the air. Biodiversity is having a variety of different species in an area. If we lose it, it effects the animals food and could make a species on the food chain disappear which would affect many other animals. Deforestation causes decreases and increases in things that impact the environment in a negative way and needs to be addressed and stopped. My proposal is to encourage people to plant more trees and to plant more trees. 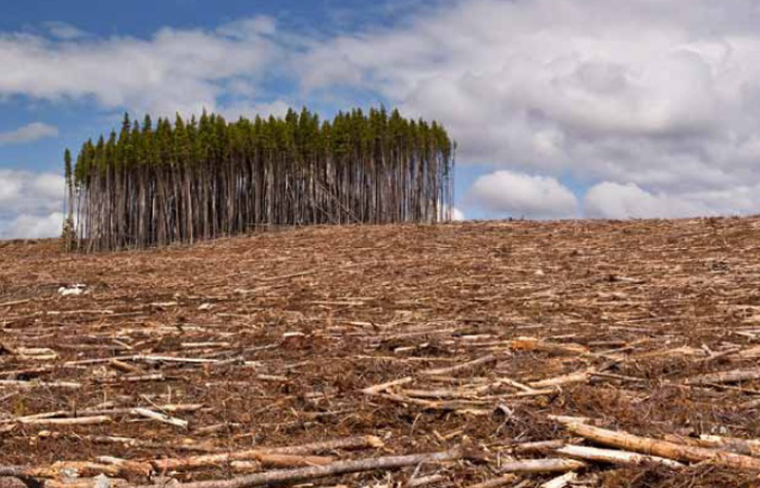 climate change trees water environment deforestation
Published on Nov 8, 2016
Report a problem... When should you flag content? If the user is making personal attacks, using profanity or harassing someone, please flag this content as inappropriate. We encourage different opinions, respectfully presented, as an exercise in free speech.
West Seattle High School

I am writing this letter in regards to Gun Control, and why this country will be more dangerous without it.

The United States as a whole should strive to work together to keep our oceans clean, and with your help, we as a nation could finally make that ch...