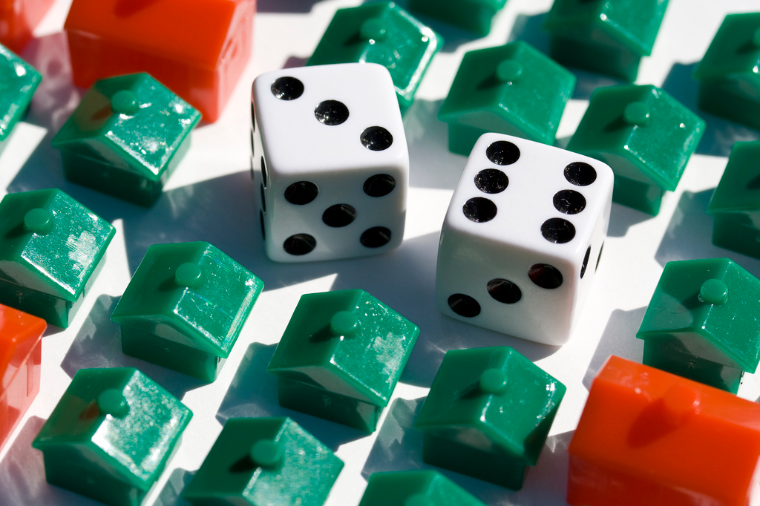 At 4.9 percent, the jobless rate is near what most economists technically call the "non-accelerating inflation rate of unemployment" -- in other words, the level below which wages and prices start to rise. Says CBS news. This means that our economy is doing poorly and our taxes will begin to rise. It is critical for our country to create more jobs and find more job opportunities. Research shows the United States does not have a strong enough economy to support things like creaky infrastructure, or the rapidly increasing middle class. With this said, in order to sustain a better economy, we need to create more jobs and more job opportunities.

There are always several ways to improve the economy. Lowering or raising taxes (depending on your opinion), raising minimum wage, or changing fuel costs. The list is almost infinite. However, creating jobs and making job opportunities is definitely the best and most effective way. A recent poll, found on gallup.com, twenty-seven percent of Americans thought improving the job situation was the best way to improve the economy, which was in first place by a landslide. Most of the other ideas of improving the recovering economy only had between one to seven percent. This shows that if America agrees by a vast majority, why are holding back on this brilliant idea.

It is a fact that the U.S. has economic problems and is still recovering from the economic crisis of 2008. On top of that, there are also abandoned buildings littering city streets, and lots of creaky infrastructure. If we get the unemployed people of the United States who are capable of working to get jobs to fix and restore the creaky infrastructure, we will create more jobs and make better communities. It helps the economy all around. Our economy is doing better, but it still isn’t great. CBS news says we still have an unemployment rate of 4.9%. If we get that 4.9% into these jobs that will be created by fixing and restoring the creaky infrastructure, it will make the unemployed employed. This will also help sustain a better economy.

“Our top priority has to be jobs and growth, if we want to keep up with the rapidly growing middle class.” Former President Barack Obama said during a news conference on Wednesday, November 14, 2012, in the East Room of the White House in Washington. Barack Obama was the President of our country, which means he is a very trustworthy man to the U.S. So the fact that he said our top priority must be job growth, means that we need our jobs and job opportunities to increase. Jobs are necessary for job growth, and the president agrees. He also said in his speech, “Creating good jobs will be how we lift millions of people out of poverty and into the middle class.”

Some people may say that the U.S. employment growth is strong and our economy is doing very well. Our unemployment rate is at 4.9%. Wages even grew 2.6%, says CNN.com. If we leave it alone the economy will slowly get better. The U.S. employment may be growing and progressing, however it still is not great though. Having 4.9% of U.S. citizens unemployed may be small, but it is still an alarming amount. If we get this alarming amount of unemployed people into jobs, we will (of course) lower the unemployment rate, and improve the economy at a much faster rate.

Our country will make great strides with our new country’s economy after we create more jobs. Our country’s unemployment rate will go down to a very small percent, and our economy will improve by a vast majority. If we do not create more jobs, however, our unemployment rate will slowly go back up to how it was in 2008, and our economy will deeply suffer. So this is why we must create more jobs. Unless you want millions of people out of the job and a terrible economy, it’s the way to go. We need to have a strong, sustainable economy to be able to feed the growing giant called the United States of America, so we must focus on major job growth.

A concerned citizen of the United States

economy job market sustainability
Published on Nov 7, 2016
Report a problem... When should you flag content? If the user is making personal attacks, using profanity or harassing someone, please flag this content as inappropriate. We encourage different opinions, respectfully presented, as an exercise in free speech.
Brielle Elementary

Violent Video Games and Their Impact on Today's Youth

It is constantly being said that the violence and graphic images of video games are corrupting the youth of today, but perhaps it is time to find o...

I am for cell phones.

LGBT discrimination is a major problem.

I believe that medical bills are taking a toll on family incomes. The bills are at a constant increase and they will soon be more unaffordable than...

The U.S. Economy and Jobs

adding jobs to the U.S. economy should turn everything around, trump says he is going to add 25 million jobs to strengthen the economy.

Millions of families around the world struggle to uphold their financial issues such as debt, welfare, and unemployment. Help find a solution to re...

I believe that one of the most important issues in our nation today that needs to be addressed is the distribution of wealth and the quality of our...