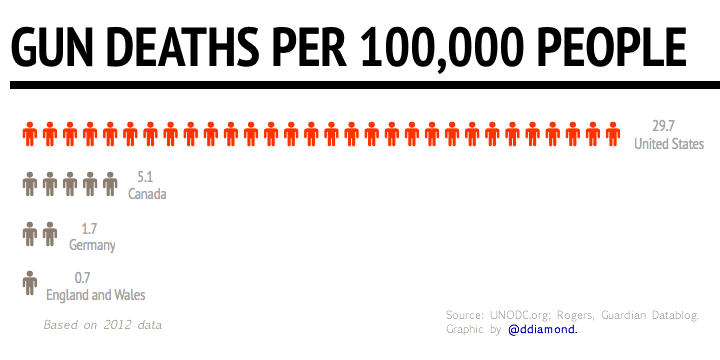 Imagine hundreds of criminals and mentally ill people acquiring guns with ease, imagine thousands of guns being illegally posted online for sale. Imagine three murders a day for a whole month in one city. Well, unfortunately, you do not have to imagine anymore. More than 4,000 guns are sold illegally just online per year (Richinick). Each year, around 44,000 guns are offered for selling purposes online (Richinick). This year in August alone, Chicago suffered 90 homicides which was its deadliest month in 20 years. We need to strengthen our background check system and enforce universal background checks because criminals are bypassing them and causing havoc. Many people in the United States believe that more guns will stop crime. In reality, there is up to a 19% increase of violent crimes with concealed gun laws in place.

The fact is, criminals are bypassing background checks. According to a Washington State investigation in 2014, five Washington classified websites were studied by a pro-reform gun organization, and they found that “those platforms illegally transfer about 4,000 firearms each year” (Richinick). Additionally, a different investigation discovered that “44,000 guns are posted for sale annually on the internet” (Richinick). Unfortunately, online gun sales are not well regulated, making it possible for criminals and mentally ill people to get their hands on firearms without disturbance. Due to the rapid growth of the online market, it wouldn’t be easy to just require precautions on all online sales. But, a way to deal with the unpredictable online marketplace for firearms would be to entirely remove any websites which sole purpose is to sell guns. If some companies do not only sell guns online, we need to restrict the ability for customers to purchase firearms, but not limit the entire company’s potential to expand and sell other products. Although this would shut down companies, end jobs, and cause controversy and uproar, we would save lives in our country.

In addition to criminals getting their hands on guns illegally, US citizens are hurt by guns too much each year. As most of us know, suicide is the number one type of death by gun in the United States. So, the government must keep track of not only criminals, but people diagnosed with depression, bipolar disorder, etc. In 2015, “a total of 12,942 people had been killed in the United States” by “homicide, unintentional shooting, or murder/suicide” (Mascia). That is about a staggering 36 deaths each and every day. Although a small percent of these deaths are caused by illegal gun owners, innocent people are still dying from them. Additionally, there have been mass shootings carried out by citizens who possessed guns illegally in their state. One of the most infamous shootings include the Virginia Tech shooting. During this horrific incident, 32 people died. This quite possibly could have been stopped if our background check system was stronger. The shooter, Seung-Hui cho, had trouble with suicidal remarks and depression in the past. Also, he bought one of his guns from out-of-state, which was illegal to purchase in Virginia. By enforcing universal background checks, this notorious criminal could have been seized from taking the lives of more than 30 innocent people.

Lastly, the United States is not the only country who cares about gun control. Successful, safe countries including Germany, Italy, France, Finland, the United Kingdom, Japan, and Australia have taken precautions which have saved thousands of lives. For example, Italy requires the gun purchaser to provide a legitimate reason to buy the gun, and a successful pass for their background checks which consider both mental and criminal history. But, perhaps the greatest example of hunkering down on gun control is Australia. They noticed the rise of mass shootings and simply banned a large amount of guns. The Australian government banned some semi-automatic guns which were used in recent mass shootings. Since Australia took steps towards safety, they have not had one mass shooting in 20 years (Donohue). Also, the United States’ murder rate is more than four times than that of Australia’s (Donohue). The US murder rate is roughly 4.5/100,000, while Australia’s is a mere 1/100,000 (Donohue).

To conclude, I am convinced that the United States can reduce gun violence, and you should be convinced too. Even though the United States has some of the best laws to stop gun violence in the world, we can improve upon them a lot. It is very possible to not only regulate websites and strengthen and enforce background checks, but we can also derive laws from other countries. I believe we can inherit other country’s laws which are safer than ours. Some of these include Italy, Australia, and Japan. But, we must be careful. We can never violate Americans’ constitutional right, our right to bear arms. So, we have to adapt other country’s laws without infringing our rights. Furthermore, we can build upon our own gun laws, and enforce and strengthen our background check system during any firearm purchase or trade. If I were the president of the United States, I would highly consider this request. But then again, I am only 14 years old.

background checks gun issues
Published on Oct 24, 2016
Report a problem... When should you flag content? If the user is making personal attacks, using profanity or harassing someone, please flag this content as inappropriate. We encourage different opinions, respectfully presented, as an exercise in free speech.
West Seattle High School

Solution to the crisis?

If we had some way of keeping guns from people who are willing to pull the trigger on someone innocent, we could keep the people of America safe.

gun violence should be a law