As a kid I know how it feels to get things taken away from you but imagine what it feels like to get your home taken away. Well, that’s what homeless people feel like after they’ve gotten their home taken away and now they’re sitting on the street begging hopelessly for money and food. I feel that homelessness should be gone and destroyed because all of those homeless veterans did something for us so we should do something for them in return like giving them a home or a shelter to live in. I think homelessness should not exist anymore and that everyone should have a home to live in. That would make our country a better place for everyone.

If you think about it some of these people may have done something to help our country like fighting in war or helping cure a bad disease like cancer and they’re not getting standing ovations or getting thanked by the president for the hard work they’ve done. All they’re getting is a few cents and maybe a bite of food. How do you think they’re feeling right now. National Coalition for the Homeless(NCH) said that in 2011, 46.2 million people were in poverty. Also in January 2015, about 550,000 people were homeless in America. Don’t you just wish that one day there would be 0 people homeless in the world.

I think that we could make a shelter for every homeless person in the country so they have a safe place to live and have plenty of food. According to NCH, one of the reasons a lot of people are becoming homeless is because houses are becoming less cheap and more expensive and people can’t afford homes, food, health or education because their job may not be a high paying job. Another suggestion is to make homes, food and education lower so everyone has a chance to succeed. Proposition 206 says that the minimum wage will go from about $8.00 to $12.00 in the next 3 or 4 years. That will obviously make a difference for families in poverty. I also know that everyone wants lower college tuition and that’s going to make a big difference too.

As the president you should take advantage of what I’m saying and make a difference by making each and every person in poverty feel nourished and and relieved by making a food bank or a donation center for the poor people of America. We’ll all work together to make a better country with no more poverty. 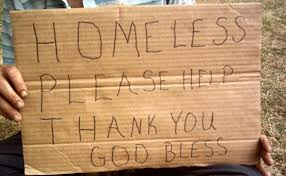 homelessness
Published on Nov 3, 2016
Report a problem... When should you flag content? If the user is making personal attacks, using profanity or harassing someone, please flag this content as inappropriate. We encourage different opinions, respectfully presented, as an exercise in free speech.
Civano Middle School

Poverty and world hunger are just a few of the many important issues in our country, in our nation, and in our world. There are people out there wi...

Many people are doing things that are bad to the Ocean, This letter will help list them and stop them.

Climate change is an overlooked problem that needs to be addressed and fixed.

to BEE or not to BEE that is the question. Bees are dying at an alarming rate, how will we stop this travesty!

We Need to Raise the Minimum Wage!

Minimum Wage is too low.

Homelessness in the United States of America

We as a nation to work harder to reduce, or even eradicate homelessness in America.

There are many homeless people in America and more money needs to be spent to help them find a home or a shelter to live in.

There are individuals out there with out a home and with a slim chance of ever having a home.

Homelessness is a major social conflict in society today. Veterans are more susceptible to homelessness than average citizens. Improvements can be ...