¨Every single American - Gay, Lesbian, Bisexual, Transgender- Every single American deserves to be treated equally in the eyes of the law and in the eyes of our society.¨ -President Obama our former President of the United States of America. We are the United States because we unite together as a country, how are we ¨united¨ as a country if only 30 States are together in the no-discrimination law for LGBT? I want the next President to make sure that the 20 states that don´t have the no-discrimination law that he or she will fix this issue. People in the lgbt community should not be discriminated for who they love or who they want to be. Humanrights.gov gives an important statment that needs to be fixed. ¨Almost half of all gay, lesbian, bisexual and transgender people hide their sexual orientation or gender identity in public for fear of violence or discrimination.¨ This isnt right because from Dosomething.org it states that ¨Young people who are LGBT and who are “out” to their immediate families report feeling happier than those who aren’t.¨ How can those of lgbtq be happy if 50% are afraid to come out due to discrimination or violence.

Being discriminated for who you are is not right . What's an even bigger dilemma is being fired from jobs, resturants, school. Hrc.org has made a list of just a few places lgbt members are being judged, discriminated, and put down for who they are. That list includes, “This new data again demonstrates that most Americans are shocked to discover that many LGBT Americans can be denied a job, a room in a hotel, a seat at a restaurant, a place in school, equal access to credit, or housing because they still lack explicit federal protections from discrimination -- and that once people learn that, they overwhelmingly support the basic idea that LGBT Americans should be judged only on their merits, just like everyone else. It’s time to act,” said Sen. Jeff Merkley.¨ Do you personally think people are gay or lesbian to be hurt? Of course not! If we stop discriminating the LGBT community now, that would be one huge problem of the plate.

Thank you for reading this letter. Because not only I care about this topic, all the others writing to you to fix this rotten difficulty that's hurting our country. I wouldn't be writing about LGBT and the rights they need if it wasn´t a major problem. People from all around the world support the topic. For the people that don't support LGBT need to understand that they are ruining, downsizing, destroying people's lives and how they live. The United States of America should be better than this, like I said before we aren't The United States if we all are united as a country. 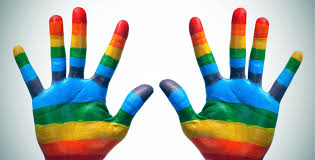 lgbtq rights
Published on Nov 3, 2016
Report a problem... When should you flag content? If the user is making personal attacks, using profanity or harassing someone, please flag this content as inappropriate. We encourage different opinions, respectfully presented, as an exercise in free speech.
Civano Middle School

Many people are doing things that are bad to the Ocean, This letter will help list them and stop them.

Poverty and world hunger are just a few of the many important issues in our country, in our nation, and in our world. There are people out there wi...

I think there are very many issues that should be reviewed on transgender rights.

Police Officers put their life out on the line everyday for anyone and everyone. Many have died in the line of duty and that deserves the upmost re...

Gay marriage should be legal, marrying the one you love is your own choice and people should have the freedom to marry who they love. Same-sex marr...

A letter about gay acceptance

Transgender people should be allowed to use their right to access their bathroom of choice like every other human being regardless of their birth g...