I feel as though marijuana should be legalized for many reasons. And I’m not the only person that feels this way. From therapy to stress relief, marijuana has many functions that better daily life for many people. It inspires new generations of musicians, artists, inventors, writers, etc. In fact, many people in those fields have admitted to some of their best work being made under the “influence” of marijuana. And that’s just the tip of the iceberg of the good that marijuana actually provides.

Unlike other drugs, I.E cocaine, crack, heroin, meth, cigarettes, and alcohol to name a few, there have been 0 deaths recorded directly related to the use of marijuana. In fact, many people have reported that they felt as though marijuana SAVED their lives. In states like California and Colorado, before weed was officially legalized, but was served at dispensaries to those with a medical card, many veterans diagnosed with post-traumatic stress disorder, cancer patients, and AIDS patients admitted to the relief of marijuana being the reason they didn’t end their own lives. Then when weed was legalized in those states, the homicide rates dropped drastically. In Colorado, the homicide rates dropped from 470K in 1996 to 310K in 2012 (the first year of marijuana being legalized) then to 280K in 2014 (the most recently recorded year). In California, the murder rates went from a whopping 910K (nearly 1 million people!) in 1996 to 500K in 2012 and 440K in 2014. The facts are clear.

There have been presidents in the past who have smoked marijuana, or weren’t openly against the recreational use of it, from George Washington to George Bush, from Bill Clinton to Barack Obama. Many people have the belief that laws and policies made in the U.S are solely the President’s doing, however that is false. In order for the president to make a law, they first have to make a bill to go through the supreme court, in which they vote and have the bill either made into a law or veto’d. If there were presidents that advocated the use of marijuana, and the citizens also wanted it to recreational, why hasn’t it been legalized yet? One factor still lies, the Supreme Court has been vetoing that for years.

I’m not sure why marijuana was criminalized in the first place, but I know for sure, there is no physical nor mental harm produced from smoking it. Many of the people who are against the use of it argue that “it kills your brain cells”; which is completely false. “It damages your lungs”; also false, because it doesn’t contain any of the same chemicals in tobacco. There is an array of tobacco free rolling papers and different methods of ingesting marijuana, I.E vapors and edibles. “It makes you lazy”; listen, no one said you should be able to come into work high. I’m just saying you should be able to enjoy it, just as someone would enjoy alcohol or cigarettes, which also produce no benefits. You can get fired just as you would if you came drunk, yet studies and tests have proven people that are high have more cognitive function and focus than drunks, but alcohol is completely legal. People drive drunk, do you not think people drive high? But again, 0 deaths have been recorded under the influence marijuana. People smoke cigarettes and die, people smoke weed, no deaths. Yet cigarettes are also legal? No deaths, inspiration, and stress relief are the first things to come to mind when I hear “marijuana legalization.” And I feel as though the citizens want it, and most of the presidents have too, it’s only the supreme court in the way. If it can be legalized in 2 states, why not all? Why not in states with cities with high homicide and suicide rates? It’s blatantly obvious what’s supposed to happen, it’s just not happening. But I think the next president will have some power to change that. 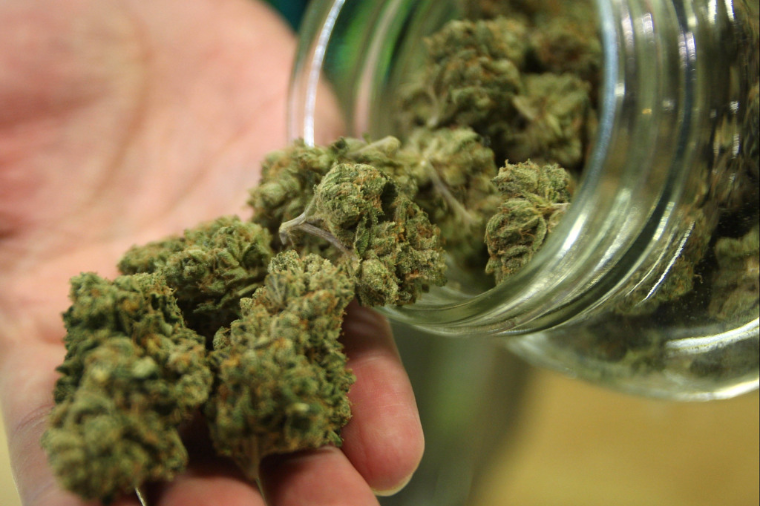 marijuana legalization
Published on Sep 17, 2016
Report a problem... When should you flag content? If the user is making personal attacks, using profanity or harassing someone, please flag this content as inappropriate. We encourage different opinions, respectfully presented, as an exercise in free speech.
George Washington Carver High School for Engineering and Science

Uniforms being more important than education.

Dear Next President, Hello, My name is Britney Morgan. I was born in Jamaica and lived down there most of my life but now I live i...

The United States of America should legalize Marijuana because in the states that have legalized Marijuana,it has shown that the taxes from the pla...

Legalizing marijuana will not only help those who are sick but will also increase states' revenue.

An explanation on why I think marijuana should be legal