I am a 7th Grade student, and I live in Chicago. Gun violence has become a huge problem in our country, especially in my hometown. I wake up every morning knowing that just a few miles south of my house, an innocent person may have been murdered overnight. It is society's job to ensure the lives of human beings.  Guns in the US have gotten out of control. In the USA, gun deaths have increased drastically, and laws are too weak. Thousands of human lives may be saved if we make stronger gun laws.

According to fivethirtyeight.com, 33,000 people are killed in a gun-related incident per year in the US. One third of these deaths are murders. Most of these murders are of young African American men. According to the Time Magazine, Chicago alone had 468 gun deaths in 2015. Almost all of these are murders of young African American men. Some victims have even been children. Laws should be passed to prevent all these deaths.

First of all, stronger gun laws have been proposed, but have not been passed. Assault rifles are a certain type of gun. These guns can fire many bullets at a time, which makes them extremely dangerous when put into the hands of the wrong person. No one should have these weapons. Only the military should.

Second, when a person buys a gun, there are often no background checks performed. This sometimes leads to tragic results.  These checks will look for records of criminal activity. If we do these, it might prevent many people from being killed.

In some neighborhoods, you are always living in fear of being shot. Some people in those neighborhoods almost never come out of their house because they are always afraid. If we work hard, we might well change that. It is our job as a country to secure and value all citizens' lives. 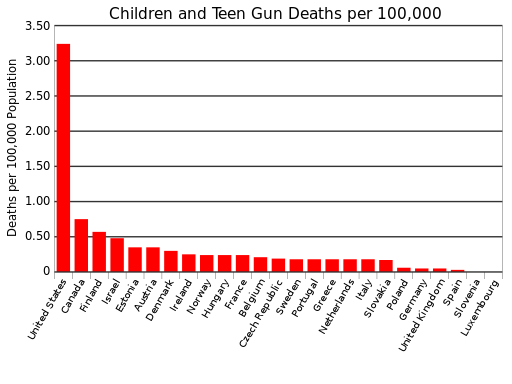 gun issues
Published on Nov 8, 2016
Report a problem... When should you flag content? If the user is making personal attacks, using profanity or harassing someone, please flag this content as inappropriate. We encourage different opinions, respectfully presented, as an exercise in free speech.
Bell Elementary

Not everyone in America has an equal education, which you, Future President, need to change so that American Youths continue to be the next preside...

This is a paper on how I think Welfare should be changed.

Global Warming and Problems it has Caused

Global warming is a huge problem, everywhere, on our Earth. It has hurt many people already, and many more to come, if we don't do something about ...

College tuition is more expensive then ever and is leaving students with debt.

What will you do about the inequality in the U.S?

Many people can't afford to get the health care that they need, which leaves a lot of ill treated patients sicker than before or even dead.

The legalization process should be made more effective and easier for the people coming into the U.S.

Immigrants have the same rights as us American people. They should get treated the same way as Americans. They only came here for better experien...

Something has to be done about the lack of gun control in our community, our nation!

Gun violence is one of the greatest threats to our country and will continue to grow until action is taken.

The Second Amendment: A Constitutional Conundrum