Our country needs more, strict laws on gun murders  because it is  causing a lot of Madness and more problems each day. The reason why i am writing this is because the government is not really doing it to their ability  their job to try to stop gun murder, and each day murder is growing more and more.

I am worried about gun murders because murder rate keeps on growing, according to NBC news "just the facts"," gun violence in america" Every year in the U.S an average of more than 100,000 people are shot and killed.On an average day 289 are shot by guns,  by 17 minutes one person is killed and Handguns comprised 72.5 percent of the firearms used in murder and non-negligent manslaughter incidents . And the  government doesn't try to fix this, the government should start thinking more on people's lives,and how to fix it by making more strict laws on gun murders. Innocent people are always getting murdered because they have problems with other people which leads to a homicide, my answer is that we have to stop all this gun murders, most people now use guns to kill each other which is wrong and the government should put a stop to it and stop gun murders.

For example my uncle's girlfriend got shot and murder back in 2004. She got murdered from a gun for no reason, she was part of no problems but her cousin was the one who made a problem. Of a gang argue which turned into homicide to towards my aunt , so that's why we have to stop gun murders because its expanding everyday and everywhere.Basically what i'm saying is that what caused her murder it was because of gun which is wrong and it needs to stop  .“This is my poem” for guns and murders, The acts of one can kill another one man and a gun killed someone's brother, someone's sister, someone's lover. One bullet leaves them dead the blood they bled left the ground stained red they will be remembered for what another had done by the actions of any one with the power of the gun. Thank you for reading my letter and thanks for your time. 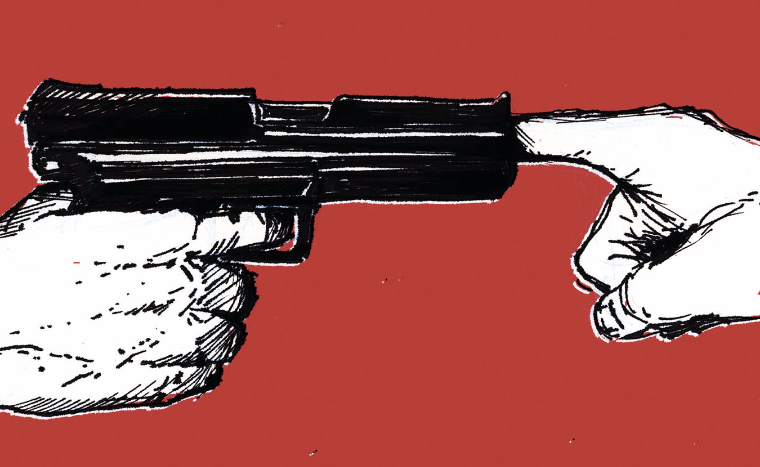 murder gun issues
Published on Nov 8, 2016
Report a problem... When should you flag content? If the user is making personal attacks, using profanity or harassing someone, please flag this content as inappropriate. We encourage different opinions, respectfully presented, as an exercise in free speech.
Frontier STEM High School

The best first block class in the world. Yessir!!!

"Chuckles the Clown" who's laughing now?

This letter is about clowns terrorizing innocent people and threatening us and our family.I think these clowns should be stopped because they will ...

you know what we should do with immigrants ...

we all know that immigrants aren't aliens, immigrants die trying to cross the border to give for their families a better future but immigrants end ...

"Everyone deserves to live"

My point is that just because they can't pay for the medicare or insurance that they need, doesn’t mean they don't need it. In other words there is...

Being undocumented isn't easy. Its hard to be in a world were they judge you for someone you're not. Try an imagine yourself in a immigrants shoes....

There should be incentives for youth who farm. Our farms are decreasing and if youth got involved in farming then our farms might increase.

Immigration is a great thing with the right processes and opportunities, and through that we could make America great again!

Can I Get Some Sleep Please?

Do teenagers really get enough sleep? No. Does sleep deprivation have effects on school performance? Yes. Can we stop it? Yes

We Are The Future

10/20/2016 Dear Future President, Abortion is a major problem that is happening. Yes, it is the woman's right to have an abortion. But it is al...

Guns are too easy to attain

The wrong people are getting a hold of guns. A result from that would be the outrageous amount of deaths in one year caused by firearms.

The Trigger Isn't Alive, We Are.

No matter what side you’re on, we can all agree that something must be done. We can’t watch these innocents be killed and pretend that guns had no ...

What is the biggest threat to the U.S. right now? Guns.

My Opinion of gun rights is that people should keep their weapons for Personal defense.

Using facts and opinions, you will learn about the lack of gun laws in America, and how I intend to change them.