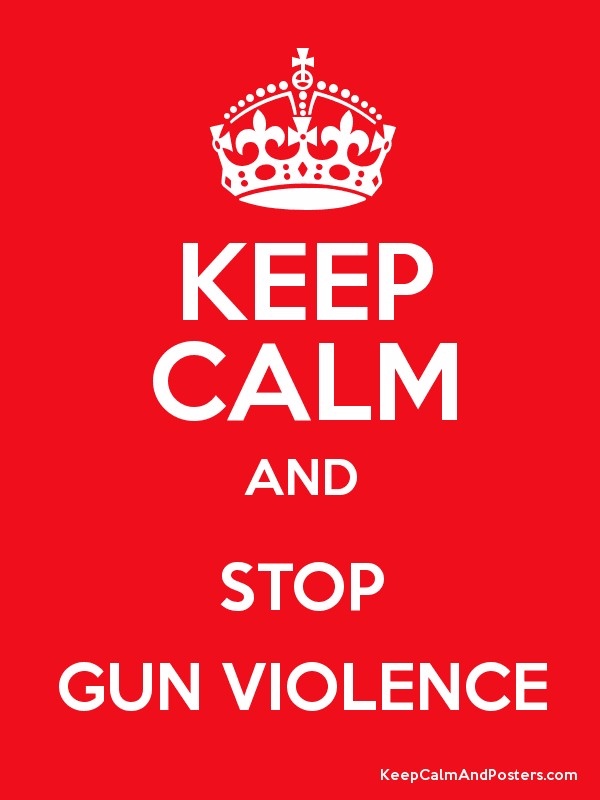 Just imagine a family member got shot by a gun. That would be awful. Many families have died from people playing around with guns. It's totally unfair. “Over 18,000 children and teens are injured by guns.” (Source: Brady Center). And that is still only kids and teens! This really needs to stop! 2 FACTS ABOUT GUN VIOLENCE: There are more than 300 million guns in the US. Keep in mind I wrote MORE THAN. “Gun death rates are 7 times higher in the states with the highest compared with the lowest household gun center” (Source: Brady Center). If you have a child or teen, and a kid or teen on your block gets injured or even killed by a gun, you will be concerned for your own children, and that they will get killed or injured by some random dummy, playing with a gun. You shouldn’t have to worry about that kind of stuff. This is an important issue for me personally because as a S.L.A.M.S student I should be able to go outside without thinking i am going to run into this random guy pointing a gun right at my face. NO kid, and i mean NO kid, should have to feel like that. Know that somewhere out there, someone is suffering from the loss of a family member not being there for them. I need YOU to help with that. There SHOULD be less guns in America.

save the people gun issues child abuse
Published on Nov 5, 2016
Report a problem... When should you flag content? If the user is making personal attacks, using profanity or harassing someone, please flag this content as inappropriate. We encourage different opinions, respectfully presented, as an exercise in free speech.
Science Leadership Academy Middle School

My letter is about police brutality.

My letter is about immigration and what we should fix about it. I am a student at SLA-MS. This issue is important to me because part of my family h...

I think that people with criminal records should not have guns.

An issue that concerns me most is gender equality in America, which prompted me to write this letter.

This letter is to express concern of the topic of immigration, and things to consider before taking any major action.

Gun violence has become out of hand and a norm in this country, let us give guns to the right people who will make wise decisions.

Why we need to have stricter laws and regulations on guns.

Gun Laws Must Be Changed

Guns are one reason to why people are dying.