This letter comes from a high schooler named Ebony Farr going to STEM Prep High. This letter is aimed to inform you on the topic of racial profiling regarding law enforcement. According to the American Civil Liberties Union, “Racial Profiling refers to the discriminatory practice by law enforcement officials of targeting individuals for suspicion of crime based on the individual's race, ethnicity, religion or national origin”. Throughout the years, this affair has become increasingly more seen as news articles, post, and videos show violence against races, specifically African Americans. Each year, an inflation in police reports have been documented to show they have been influenced by a mass amount of racial profiling. For example, in data demonstrating the possibility of each ethnic group being pulled over by police on traffic stops, The U.S. Department of Labor's Bureau of Justice Statistics reported that in 2005, “Black drivers (4.5%) were twice as likely as White drivers (2.1%) to be arrested during a traffic stop, while Hispanic drivers (65%) were more likely than White (56.2%) or Black (55.8%) drivers to receive a ticket”. Consequently, the amount of racial tension among ethnic groups are extremely high and are thus causing an unfair amount of tickets for certain races. This could be a result of racial selection towards specific people because of stereotypes that have been created through the years.

Stereotypes have always influenced society’s choices as a whole dating back all the way to the times of the Holocaust. Not only that, but stereotypes are also beginning to mold people’s identity even before they have a chance to make a difference or discover their personal interest and identity in the world. A study done by the Huffington Post claims that the estimated chances of black males being imprisoned in 2004 was a 1 in 3 chance. In addition, 80% of NYPD searches were on African Americans or Latinos without cause. Not only do these actions demonstrate how stereotypes affect how our society labels people now, but they also show a lack of respect that people have for basic rights and liberty that, according the constitution, are granted to every citizen.

Laws put in place are meant to ensure that every person white, black, latino, etc are each promised the same chances to achieve the American Dream. With racial profiling growing due to the spike in police brutality, the path to equality and the American Dream grows increasingly more stark with each passing day. Moreover, this century's beliefs and changes towards the world will affect millennials as well as generations to come in the future. Every true American who cares for the well being of American and even the world, will rethink and try to redirect the current way that Americans are paving.

As a matter of fact, the entire globe would do better to think about how we, as humans, labels people by their tradition, skin color, or heritage. The amount of violence occurring around the world, including in the US can mostly be connected to racial profiling. For example, terrorist extremist are labeled as exclusively Muslims, yet Americans have also committed terrorist acts. Non-Muslims have committed an estimated 90% of terrorist acts according to the Global Research foundation. Yet, people insist on labeling Muslims as terrorist and overlooking the overall problem or statics. Hence, these statistics can be connected to the of racial profiling among other ethnic groups as well.

Nobody can forcefully change the train of thought that other individuals have. Although the problem cannot be fully eradicated due to how fast it has and will spread, a number of steps can be taken to address the issue. Undoubtedly, the majority of problems today are caused by a lack of understanding on both sides of the spectrum. Thus, programs should be established to understand other ethnic groups in depth including their history and heritage. These types of programs would elaborate on a certain ethnic group(s) culture and answer any questions regarding stereotypes along with other similar ideas. The classes would specifically target kids at young ages, specifically 7-10 since kids can learn and grow into a habit more since their brains are still forming. Lessons could use a friendly approach to avoid discomfort among kids and allow a safe and protected environment. As a matter of fact, parents could also be encouraged to stay within the classes for a couple of minutes and ask and maybe even answer questions.

The growth could be traced through trackers that should or can record how long you have spent with others outside of your friend zone. With this in mind, homework can be given three times each week to record any other questions that the kids may have about stereotypes, especially the ones that they may hear on social media. If they feel uncomfortable about showing to their parents, then the homework could be given straight to the teacher. Furthermore, monthly or weekly (depending on how many questions or comments a child or parent may have) there should be meeting that consist of half of the time with the adults and the other half with the children and the teacher. Overall, this style of learning could improve the ways millennials and adults today think about other groups of individuals.

To conclude, the act of racial profiling has worsened in today’s society. With both police brutalities, violence and just discrimination in general, something must be done to slow the direction of where the globe is headed. At this rate, humanity will destroy itself due to people’s disliking of other groups which has shown to be disastrous in history. Studies show that throughout the centuries, this issues should be at the front of any potential candidate's head. To avoid chaos, programmes should be initiated to teach young kids how to deal with and how to defence against racial comments made to their races or a friends. Lastly, it's not too late for the world to change, although we cannot change immediately, change is a slow process that must be studied and duplicated to show success. Good luck with the presidency and hopefully you run for 2 terms. Thank you for taking the time to read this letter.

“I never dreamed about success. I worked for it.” ~ Estee Lauder. 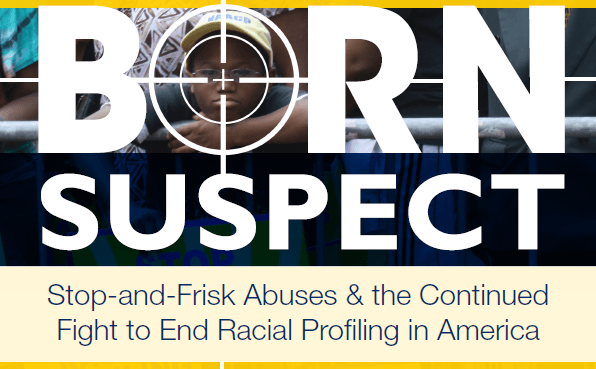 racial profiling law enforcement
Published on Nov 4, 2016
Report a problem... When should you flag content? If the user is making personal attacks, using profanity or harassing someone, please flag this content as inappropriate. We encourage different opinions, respectfully presented, as an exercise in free speech.
STEM Prep High School

The topic of deportation has created many number of issues across the United States. Two of them are the separation of families and the life of fea...

A letter to the future President involving the idea of gun control. These dangerous weapons affect many communities.

This letter is about the issues today related to immigration in America.

Should Police be Stationed Within Schools?

After many grievances and disturbances within our schools, students are left questioning their safety during school hours. Are police our solution?

Teach for America was a good idea, but was poorly executed.