My name is Emaa Elrayah, and I am a sophomore at STEM Prep High school. As my surname may suggest, I am the daughter of immigrants who came here in hopes of fulfilling the so-called American Dream, understanding that the land they had worked so hard to set foot on was that of a nation founded on liberty, equality, and the freedom to become whomever one desires to be. In recent years, it has come to the attention of the media and the general population that in reality, this is not the case for millions of Americans; in fact, our systems tend to work against certain groups while favoring others. Studies and statistics indicate that there are many reasons for this perplexing phenomenon, and we have taken tremendous steps to fix these issues. However, I am writing not to advocate for one group, but rather to inform you of a problem that grips millions of American children and teens regardless of age, race, or socioeconomic status, an issue that is too often overlooked in the scheme of things: the bullying epidemic in our schools.

While it does seem far-fetched to blame the school bully for all of our nation’s issues, the situation is much more complex than it initially seems, but prior to analyzing the dangers of such an issue, we must look at the numbers. A staggering portion of American schoolchildren have experienced bullying or are bullies; an estimated one out of every four students experience bullying, and one out of five kids in a national survey admitted to participating in bullying behavior (StompOutBullying), while there are currently about 50.4 million students enrolled in American public schools -- and this is only a representation of children who were willing to report (NCES). Additionally, the problem is much less acknowledged by schools than one would expect with such bullying rates: only about 4% of in-school bullying incidents include adult intervention (StompOutBullying). It is highly likely that this is due to either sparse reporting among students or a general mindset that bullying is simply a part of growing up and interference is unnecessary.

While the data is striking, the consequences of bullying are even more so. Alone, these statistics cannot tell much about their impact on American society. However, a look at the extremely negative effects bullying has on vulnerable individuals reveals much about an issue that is plaguing our culture from the inside out. Specifically, I am referencing the power bullying has on a person’s willingness to become an active contributor in their community, or even pursue dreams that could be significantly beneficial. Studies have shown that bullied individuals are much more prone to a variety of mental health disorders, such as depression and anxiety, that almost always continue past childhood, wreaking havoc on their adult lives. Many of these disorders can be linked to suicide; a large percentage of teen suicides have been linked to bullying, and bully victims are between 2 to 9 times more likely to consider suicide than non-victims (BullyingStatistics). Lowered academic achievement is also a significant consequence: ten percent of school dropouts are as a result of bullying (Business Insider), suggesting further that victims lose interest in academic pursuits as they are distracted by fear of harassment. A loss of self confidence may also contribute to the bullying-dropout phenomenon.

There are many approaches to consider when reflecting on this issue. While there have been multiple attempts across various school districts to control bullying and alienation, few succeed in creating a permanently safe, healthy environment for all students. Thus, various programs should be implemented to make people more aware of the problem. Bullying, whether physical, verbal, or indirect, has an extremely negative impact on not just individuals’ lives, but also our communities as a whole. Introducing new, modernized programs that aim to diversify students’ knowledges could significantly reduce chances of bullying in schools, as evidenced by the results of past programs. Additionally, media is very powerful, as can be seen in increasing cases of cyberbullying; likewise, it can be used to counter stereotypes and biases that lead to bullying, so plans should be made to utilize all forms of media to promote diversity and anti-bullying rhetoric.

America prides itself on being the mixing pot of people; a diversity of cultures, races, and ideas exist and flourish in our nation. However, if the contributions of so many groups and individuals alike are being withheld early on, we aren’t getting anywhere. As President of our country, it will be your duty to ensure the advancement of our society, and part of that is creating a more inclusive America. Unfortunately, efforts to do so rarely focus on tackling the root issue; bullying is too often pushed away as a mere inconvenience, a simple part of growing up, and thus the gripping effects of it are overlooked. As a citizen who is personally acquainted with victims of bullying, I can attest to the fact that distorted perceptions of one’s self can prove cancerous to a person’s willingness to pursue long-held ambitions. The America that many citizens, native and immigrant alike, hope to see is one in which a person can look past his or her background, his or her flaws, his or her physical and mental characteristics and achieve anything. Unfortunately, this cannot be a reality until we initiate nation-wide efforts to tackle school bullying and harassment.

Thank you for taking the time to consider my concerns. 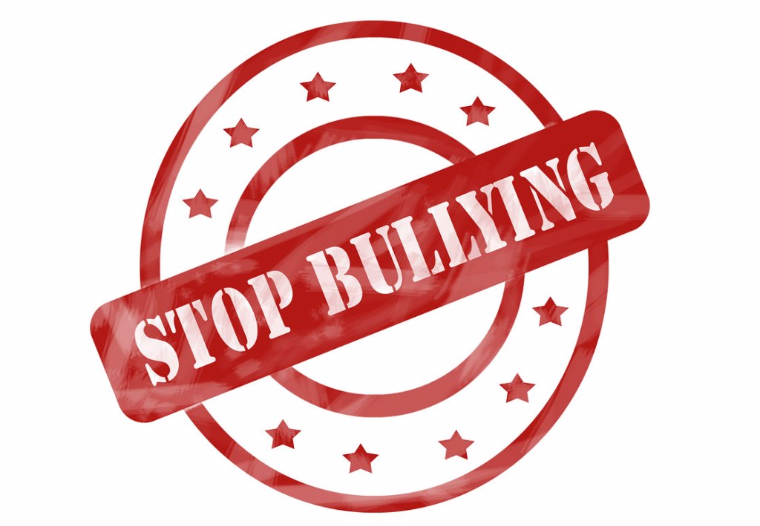 teens school safety bullying harassment
Published on Nov 7, 2016
Report a problem... When should you flag content? If the user is making personal attacks, using profanity or harassing someone, please flag this content as inappropriate. We encourage different opinions, respectfully presented, as an exercise in free speech.
STEM Prep High School

Too much homework given in schools.

This letter is about the topic of immigration.

Should Police be Stationed Within Schools?

After many grievances and disturbances within our schools, students are left questioning their safety during school hours. Are police our solution?

Because of all the social pressures in society the suicide rate is increasing rapidly, we need to act before it's too late.