As we keep putting criminals behind bars it’s costing us more than $32 billion a year! That’s a lot just on state funded prisons. We should be spending that money towards education and slum/poor areas. We need to work on fixing this problem otherwise we will keep spending more and more on prisons

My parents and most of the nation have to pay taxes for state prisons. The state prison population has grown more than 700% since the 1970s, which means it’s costing more and more for impeaching prisoners. The average cost per inmate is $31,286 a year, and with more than 2 million criminals behind bars that is almost too much on prisons. When we should be making inmates work off their expenses, which would save lots of poor people and the rest of the nation money. A family of 4 in slum areas on average make $32,000 a year, and they can’t afford to pay taxes on prisons. The amount of money spent on prisons has increased 570% while money spent on education has increased 33% as of 2005.

So, instead of paying billions and billions on prisoners we should send that money on education and slum areas. Or should we have prisoners work the expenses off and save billions? This is a big problem no one is noticing and it’s only getting worse. And only you can help us change the prions expenses. 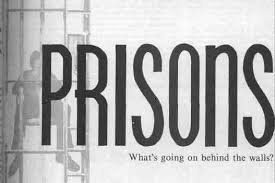 criminal justice system
Published on Sep 20, 2016
Report a problem... When should you flag content? If the user is making personal attacks, using profanity or harassing someone, please flag this content as inappropriate. We encourage different opinions, respectfully presented, as an exercise in free speech.
Hazen Middle School

We need Air Condition in schools.

what can we Americans do to help lower green House Gasses

Animals are being abused all around the world.

Feminism affects every woman in the world.

Why are we shutting down coal plants?

Hunger Is A Problem

Dog abuse should be enforced more

What if it was your dog😢😥

Recent outbreaks of riots around the U.S. are causing America to separate.

Reform in Our Criminal Justice System

There are many critical errors in today's Criminal justice system that must be answered, we need reform in our policies from drugs, police procedur...