My grandpa is 90 years old and has had problems with his lungs for many years. As a result, he has had to be on an oxygen tank at all times. If we shut down power plants and don’t have a reliable source of energy, we might have brown outs, or power outages. What would happen to my grandpa if the power goes out and he can’t get his oxygen?

North Dakota is 9th in the Nation for power production. We have 9 coal plants, which may not seem like a lot, but in reality other states are dependent on North Dakota's energy production, 75% of which comes from coal. Not only would people like my grandpa in North Dakota be affected but so would other people's grandparents across the nation.

Think about if half of that coal was not produced. That would mean either, people are without jobs or coal is extremely overpriced. Not only would these be problems, but what about all the jobs being lost? My dad is a plant worker, which means he might lose his job. In my area, there is about 4 coal plants where the majority of our town is employed. My little town of 2,000 some people would become a ghost town if coal plants were shut down.

Now our EPA is trying to shut down power plants due to pollution, so we will need to have an alternative power source. In North Dakota about 15% of our energy production comes from wind. If we rely on wind and take away coal, our power source will become unreliable and brown outs will become common. The wind doesn’t blow every day, and every North Dakotan knows how important heat is during our infamous winters.

It’s your call, future president. Are you willing to shut down plants and risk the lives of people like my grandpa who rely on consistent power? Or are you going to shut them down anyway, disregarding the lives of our countries' loved ones and our jobs? Just remember that that the decisions you make are not just for your country, but for our country. 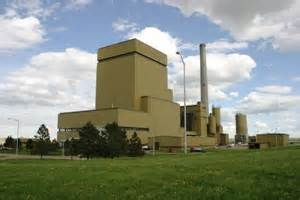 fossil fuel Energy coal
Published on Sep 21, 2016
Report a problem... When should you flag content? If the user is making personal attacks, using profanity or harassing someone, please flag this content as inappropriate. We encourage different opinions, respectfully presented, as an exercise in free speech.
Hazen Middle School

Save the Giant Pandas!

This letter is about how to save the pandas and research about them.

Pokémon Go and The Dangers That Come With It

Pokémon Go is a great game played by millions. With millions of people playing this awesome game, dangers are bound to come with it.

There should be more free surgeries given out to the uninsured.

Concert tickets cost to much for some fans.

This country needs uniformity in its laws. By Abby C.

National Debt As Known By A Millennial

Addresses the issues of war and coal. If these issues can be fixed, the U.S. will become a better place.