To first understand the the debt issue facing the United States it is necessary to know how money is created in the American economy. Every time a bank makes a loan out to a customer, the bank is not physically lending them money from their own pockets, but rather creating new money that goes into the economy. This new money has been created off of debt that the consumer carries. Since our economy is too large to run off of "gold backs", or money that is backed by a comparable amount of gold held by the government, we have a "green back" system. In short this "green back" system means that all currency in our country has no physical value unless traded for something physical. So for example if your bank shuts down, your money disappears because the bank only has a small amount of physical cash and the rest is just imaginary numbers. With this current system for every dollar that is in the economy there is also a dollar of debt. So any growth in the economy results in more debt. If everyone were to payoff their debt at once, a recession would occur because there is a lack of money to spend to keep the economy rolling.

This presents a huge problem because a good economy can only prosper off of large amounts of debt and it is impossible to keep the public out of debt without causing a recession, essentially keeping society in a massive debt trap that will not go away. If our monetary system continues to be debt based, the treasury will also continue swapping IOUs with the banks who give the treasury cash. These same banks sell their IOUs to the federal reserve who write money into existence to pay for the IOUs from the banks. This process makes the big banks money and puts the public even farther into debt. Because a majority of the money in the US has been borrowed into existence, paying the money is impossible because there is always more debt in the system that available money.

The only way to fix our crooked monetary system is to take the power of money creation away from the banks and return it to the government as a fair, democratic and transparent process. By putting this power back in the government's hands there is no longer a need grow economies off debt, inflation can actually be controlled to benefit the economy, and all new money that is created goes directly into the economy as opposed to financial markets and property bubbles. These changes would take the debt based shackles off our economy and allow it to grow independently from debt. All of these ideas have been studied extensively by positivemoney.org, a lead advocate for economic change. 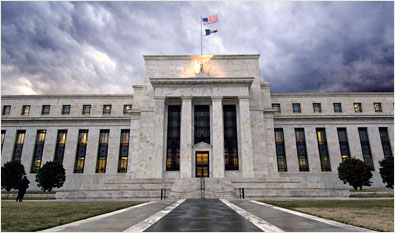 federal reserve fraction reserve lending debt inflation big banks
Published on Oct 18, 2016
Report a problem... When should you flag content? If the user is making personal attacks, using profanity or harassing someone, please flag this content as inappropriate. We encourage different opinions, respectfully presented, as an exercise in free speech.
Benilde-St. Margaret's School

Racism and Discrimination is real

Racial inequality is a huge issue, only getting bigger.

An issue I care about is immigration. I know you want to build this wall along the Mexico border. However, building this wall will possibly make us...

Save the new generations of working class Americans from unimaginable debt by sucking up our pride and guns to benefit the people whose tax dollars...

Proposing the idea of a class for high school students that will help reduce College debt.