I would like to discuss a topic that has been an issue for a long time, not just in America but all around the world. A lot of people all around the world lack or don't have any education at all. I have always been interested in this topic because I believe that it is important to have a good education. As the president I feel you should work your hardest on this problem to make our world a better place.

According to Dosomething.org, in “2012, 31 million pupils dropped out of school”. The significance is that millions of people are dropping out of school. Also, “61 million primary school-age children were not enrolled in school in 2010” and, “children living in a rural environment are twice as likely to drop out of school than urban children” according to Dosomething.org. Also in 2013 60 percent of all U.S fourth graders scored “below proficient” according to Studentsfirst.org. This means that kids are not getting the education they need to succeed in life.

My suggestion for this problem is to have options for kids or requirements.Like offering more programs in school that kids/teens actually like that make it fun for them to go to school. Many kids in America and around the world don't go to school because they lack transportation. I suggest that schools should offer the transportation system to go further not just the school district area. Also a lot of kids have to work during the day to provide for their family, so some kids can't make it to school in the daytime. Offering an after school program for ALL ages of kids would help out a lot. Also I think that students should not be allowed to drop out of highschool, because when people have that option, most people will pick wrong.

Overall I hope that I have brought this problem in America to your attention. Making kids have more education could help America's economy and create more jobs in the future. Try solving this by having more options, and having some requirements. Thank you so much for your time. 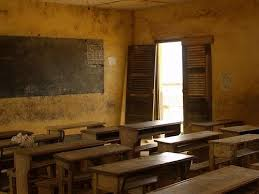 education
Published on Nov 2, 2016
Report a problem... When should you flag content? If the user is making personal attacks, using profanity or harassing someone, please flag this content as inappropriate. We encourage different opinions, respectfully presented, as an exercise in free speech.
Henry Sibley High School

Women should be paid equally as men.

Why Is College Necessary?

College is a perquisite for a better life and we need to help the students in debt. College tuition and fees are gradually rising and this needs to...

Standardized tests have always been a way to compare students, they are an unfair way to judge the abilities of an individual and are not worth the...

Epilespy is the fourth most common neurological disorder. 1 out of every 26 people in the United States will have a seizure during their lifetime. ...

Student Choices and Career Based Learning

We can’t be expected to know what we’d like to do in the future if we’re not exposed to careers. All high school students should have access to div...