Gender equality is still a big issue/struggle in our world today. In the United States, men and women are not being treated the same in the workplace. On average in 2015, women were making 78 cents for every dollar earned by a man. This statistic is also impacted by race and ethnicity of the women. “African-American women earn 64 cents and Latina women earn 56 cents for every dollar earned by a Caucasian man.” This issue isn’t just impacting a small minority of people but the whole United States. There has been many attempts throughout history to make gender inequality a thing of the past. Alice Paul, who is the writer of the Equal Rights Amendment is one person that attempted to make a difference. The Equal Rights Amendment (ERA) was created in attempt to have equality between genders. “As founder of the National Women's Party, Alice Paul first introduced the Equal Rights Amendment to Congress in 1923. Paul would work for the passage of the ERA until her death in 1977.” (The Equal Rights Amendment) It has been introduced into every session of Congress between 1923 and 1972. It was then sent to the states for ratification in March of 1972. At the deadline, the Equal Rights Amendment had been ratified by 35 out of the 38 states required, therefore it did not pass. I believe that gender equality in the workplace should be the priority of our future president because in our world today it is important that we have well rounded views, coming from different points of view. Taking the perspectives from both men and women, giving them equal representation and opportunity to express themselves.

I think that this is still a very relevant issue in the United States and change needs to happen. “According to the GAO report, single woman households had the lowest total annual income of all households, averaging about $27,000. Fifty-seven percent of the household income (or about $15,000) came from their personal wage and salary earnings. The remaining $12,000 came from other sources, such as government benefits and other household members’ earnings. Without income from these other sources, the low-wage single mother households would be well below the poverty level of $22,314”. The U.S. Census Bureau states, “Today 1 in 4 children under the age of 18 — a total of about 17.4 million are being raised without a father and nearly half (45%) live below the poverty line.” A big percent of our world's population is single mothers who are struggling to support their family as a result of low wages. Getting rid of the gender wage gap is an important step for success in our country. This pay gap is not giving women and their families a fair chance/opportunity to support themselves. Not only are women not being payed the same as their male counterparts, but they are not being given the same opportunities for promotions. Women are being paid less compared to men at the same rank and are not given the same opportunities for promotions. This is known as the glass ceiling effect. “An invisible upper limit in corporations and other organizations, above which it is difficult or impossible for women to rise in the ranks. "Glass ceiling" is a metaphor for the hard-to-see informal barriers that keep women from getting promotions, pay raises and further opportunities.” This is how Women’s History defines the glass ceiling effect. Although we have made improvements on this issue it is shown that many agree that it is still relevant. “The number of women in senior executive positions still lags considerably behind the number of men. A 2008 survey (Reuters, March 2008) showed that 95% of American workers believe that women have made "important advances in the workplace over the last 10 years" but 86% believe that the glass ceiling has not been broken, even if it has been cracked.” The glass ceiling effect is just a metaphor that represents a bigger issue. Our world believes that even though there has been advances, this issue still exists. This shows that not only are women not being payed the same for the work they do but they are also not given a fair opportunity to “move up in the ranks” so to speak. Women need to have the same opportunities and chances to succeed as males do in the workplace.

Although many do believe that this an important issue, there are many that do not find this relevant or important. Many people think that the wage gap is just a myth and doesn’t truly exist and the real reason is the job choices of women. Critics say, “Few experts dispute that there is a wage gap, but differences in the life choices of men and women — such as women tending to leave the workforce when they have children — make it difficult to make simple comparisons. That’s what’s so facile about repeatedly citing ‘78 cents,” Although there is factual evidence showing the wage gap, people think it is due to life choices of women. Despite women's choices, they should still be offered the same opportunities as men in the workforce.

The future president needs to make a change on this issue affecting so many lives in our country today. They should make sure that everyone is payed the same amount for equal work despite gender. The issue of Inequality in the workplace is most closely connected to Global Goal #10 Reduced Inequalities. Getting rid of the pay gap would not only help and support many families but it would also help the UN’s initiative with the Global Goals. This is helping them reach their 10th goal, reduced inequalities because it is creating equality between men and women. This is a priority for our next president because it will contribute to our country positively once accomplished. When men and women are given the same opportunities in the workforce, it will give our country new perspectives on other issues in our world. 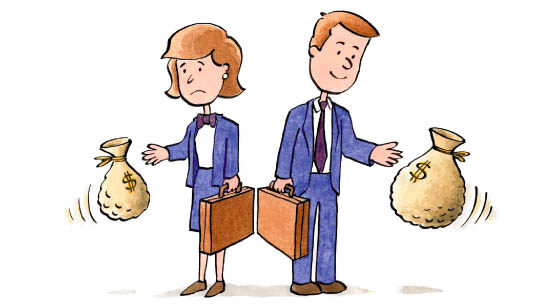 This image is showing how men and women are payed different for doing the same work.

The cost of college tuition needs to be lowered for students to be able to afford going to school.

Abortion needs to be kept a right, and you, next president, can do that by appointing the right Supreme Court Justices.

Every year more and more people end up in debt for the simple act of seeking an education. They are in this debt because of college costs.

An honest question about why women are paid less than men in some areas.

This letter outlines the issues amongst the homeless population throughout the US.

Persuasive Letter with reasons to the gender pay gap