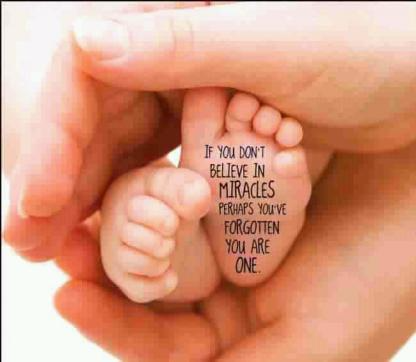 A lot of abortions are done during the first 12 weeks. During this time the baby/ fetus has already began to grow. 3-4 weeks the fetus heart begins to beat. At 9 weeks the fetus can respond to sounds such of that as the mothers or its surrounding environment. Week 10 the fetus/ baby has all of their major body organs formed. Week 12 blood begins to form in the baby’s bone marrow. “…roughly nine and a half weeks after conception, babies will respond to sound, yawn and suck their thumbs.” At this point the fetus is acting like a baby. They develop fast, it takes no time for them to start growing.

The baby is alive, its heart is already beating. “… between three and four weeks after conception, an unborn-child’s begins to beat…” The fetus can also feel pain. Anything that can feel pain and hear you has to be alive. “…during week 20 of the second trimester, fetuses are capable of feeling and recoiling from pain.” The fact is that if you go through with an abortion at this point it’s cruel. The baby can feel everything that they are doing to them. They are probably honestly thinking about why this is happening to them. They don’t know what is going on they just know that they are in pain. By week 12 the baby can wake up and sleep. That’s more than enough proof of it being alive.

I understand that most people wouldn’t agree with me. They think that women should have control over their own bodies. But the simple fact is that it isn’t their body. I mean yes its in their body but what growing inside them isn’t them. That fetus is a whole new person. That fetus will grow to have different opinions and views of things. The fetus isn’t going to be exactly like the parent that’s why it isn’t their body. Another thing a lot of people say is that you shouldn’t bring a child into the world that will be unwanted. There are a lot of options other than getting an abortion. You could give the baby up for adoption. As much as they think the baby will be unwanted there will always be someone in this big world that will want and car for that baby. Just think about all of the women that cannot have any children, those women would give anything in the world to have a child to take care of.

In conclusion, abortion is murder. Hopefully after reading this letter you will agree with me that abortion shouldn’t be done because someone will always want a child and put a stop to unnecessary abortions. The fetus is alive after the heart begins to beat. How could someone live with themselves after they get an abortion? They are pretty much killing an innocent baby. It’s not fair to the baby for them to abort it. The fetus is alive and should have the right to live like any other human has the right to live. So let’s come together and put a stop to the abortions.

prolife
Published on Nov 7, 2016
Report a problem... When should you flag content? If the user is making personal attacks, using profanity or harassing someone, please flag this content as inappropriate. We encourage different opinions, respectfully presented, as an exercise in free speech.
Daviess County High School

We should not do drug it bad for people and animals the air and for are lugs . no drugs

The Reason for Being Pro-Life

Abortion and undesired pregnancies are becoming more and more popular, and something needs to be done about it.

Abortion should be illegal because of all of the harmful effects on women, families, and babies.

The Inhumane and Coldhearted Death Penalty

Discusses the pros and cons of the death penalty and why it should be abolished in the United States.