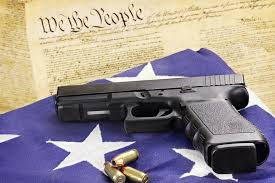 Gun control has been, and still is, one major problem in the United States. Last year there were 11,208 gun homicides in the US. We need to change the national laws so that it is similar to the gun control legislation passed in New York with the help of Andrew Cuomo. The gun salesmen should also have a background check done on everybody before the purchase and should give a written reason why they’re buying the gun.

For example, I am a huge hunter and always have been my whole life, and I know I’m too young to purchase a weapon, but when I can, if I don’t have any criminal charges within 5 years of that day, I should be allowed to buy the firearm. If someone tries to purchase a weapon and has committed a serious crime within that 5 year time span, or committed murder, or attempted murder the person should not be able to complete his purchase (also any other severe criminal charges). The reason I think this will help is because my grandpa and I both enjoy hunting, but until recently he hasn’t been able to hunt with guns because of something he did 30 years ago. I can say from personal experience that the only thing he would use that rifle for is legal wild game. I can remember many times where he said to be careful with a crossbow because you never want to point it at anybody and accidentally hurt them. They still thought though that he is too dangerous to own a gun. So I think the proper laws could lower the gun deaths, and please, give those who think they deserve the right to own a gun a chance to prove that they are responsible enough to own one.

gun issues
Published on Nov 9, 2016
Report a problem... When should you flag content? If the user is making personal attacks, using profanity or harassing someone, please flag this content as inappropriate. We encourage different opinions, respectfully presented, as an exercise in free speech.
Manton Middle School

This letter is about helping Homeless Veterans, why we should help them, and how we can help them.

America's gun control problem is way out of hand.

What needs to happen to stop people from driving while distracted

Texting and driving and how it affects us.

This letter is suggesting that texting while driving should be done away with.

Child hunger is a big problem in the U.S. and we need to put a stop to it.

Police Need to be Treated Better

Police are treated like dirt. I want to change that.

The problems of enhancing natural greenhouse effects and bringing awareness to the issue.

Michael Lobsenz wants the next president to enforce gun-free zones in schools. Produced by Devin DeAnda and Michael Lobsenz, students of Cedar Ridg...

Right to bear arms and government responsibility to regulate sales

How Gun Control and violence affect the United States and what should be change to insure the safety of the people.