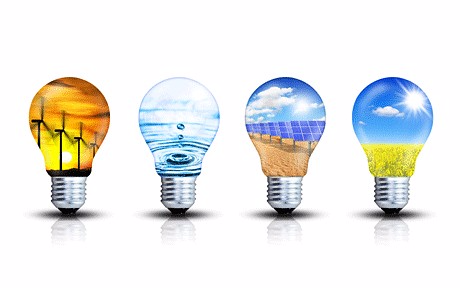 The first issue is scarcity, Just to state fossil fuel take millions of years to develop over carbon cycle. Then the second issue is climate change, one of the most contributing factors to climate change is fossil fuel and at this rate it may not look good for not only our country, but the planet as well, even secretary-general of WMO, Petteri taalas said “Without tackling CO2 emissions, we cannot tackle climate change and keep temperature increases to below 2°C above the pre-industrial era." It could even increase further than what she has projected. Thus I believe as a nation we should change our energy economy into something that relies on more reliable, clean and renewable energy and technology. This can be very beneficial, in fact in some parts of U.S. Wind energy usage has increased and is providing at least enough energy to power different states. That's not the only benefit, the DoE said “wind energy could save $508 billion from reduced pollutants and $280 billion from natural gas by 2050.” With these projections we can benefit financially for the nation whereas fossil fuel can limit our economy, become detrimental to our environment and in the end become very costly for the nation.

This change into clean energy technology will also come with more benign effect on economy from the population perspective. As of now issues like unemployment and poverty are issues that are still widely seen in our nation and this change to clean energy technology could help remedy this situation. Even Andrew Simm from NEF said in article “Reshaping our energy supply holds the secret to ending poverty and preventing global warming. Small-scale renewables remain the best answer for communities and the environment.” The reason why this is important to people is one, it can help create more jobs. The reason why is because if we were to invest in clean energy technologies than then we will need jobs to help with the development of clean energy technologies which can be beneficial for those that are unemployed. In the end clean energy has proven to be very beneficial to nation as whole with its efficiency and its untold potential.

However, I know this won’t be easy to put all your faith into clean energy technology because of our fossil fuel dependency. However I have something I would like to say. I have been in a similar situation where I have made bad lifestyle choices for myself because it was easier, but eventually was corrupting my body. However it became like a habit to me and I grew dependent on it regardless of how bad it could be for me. Then one day I chose a healthy option which was hard to finish, but I didn’t dislike it. This is when I began to slowly change my lifestyle and detoxed my body from effects of my other lifestyle choices. As you can see from this story the bad lifestyle choice would represent Fossil fuel and healthy lifestyle would represent clean energy. The point of this story was to show that if we gradually start to use clean energy, people might start to accept clean energy as possible solution to our energy issues and you might be able see its potential for U.S. future.

environment climate change Energy
Published on Nov 8, 2016
Report a problem... When should you flag content? If the user is making personal attacks, using profanity or harassing someone, please flag this content as inappropriate. We encourage different opinions, respectfully presented, as an exercise in free speech.
Foster High School

Racial profiling in the U.S.

I believe that racial profiling is one of the many reason why America can't make any progress with making world peace and it needs to be address pr...

The danger athletes are put into in playing physical sports.

Save the Future Generations From Flooding and the Heat

Global warming is a major issue that if not controlled, will end life as we know it.

We need to recycle old abandoned houses instead of destroying the trees and animal habitats, and put a stop to deforestation everywhere.