I am a citizen of the United States, so it is my right to try to make this country a better place by voicing my opinion. I have watched your debates, speeches, and tried to learn as much as I can about you and the upcoming election. I have also seen many of the positive and negative aspects of our country. I would love it if you could take my words into consideration, and apply them to the future of our country.

One of the biggest issues of our country is racism. There has always been discrimination in the United States, but there are also many people who would like to resolve this. Muslims, African Americans, and Latinos are only a few ethnic groups that have been subject to racism. This is wrong, and we must do all we can to end it. Our definition of democracy states, “Democratic societies are committed to the idea that all members of a society have inherent human rights to life and liberty.” If we call ourselves a democracy, we need to start acting like one. A good start to addressing this issue would be to get our president to oppose racism and work against it. You are such a great political figure that people may want to follow your lead. You can influence them to help make all citizens have equal rights.

Another problem I feel strongly about is terrorism in the U.S. and abroad. Terrorism is often caused when groups of people want something major and nobody is giving it to them. As you may know, terrorists use fear, manipulation, and sometimes hurt or kill to get what they want. The forming of terrorist groups may start because of injustice, discrimination, or neglect. People need to feel that they have equity, freedom, and that they have a say in our democracy so that they don’t start terrorizing innocent people to get things they should already have. You can help with this by trying to earn your citizens more freedom and rights.

I completely understand that being president of the United States of America is no easy job. If you start listening to the people of your country, not only we will benefit, you will too. 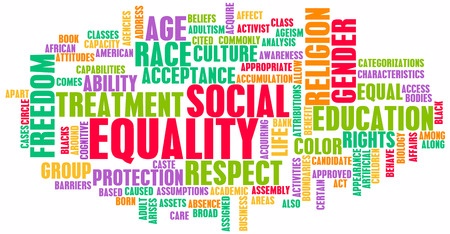 terrorism racism equity equality
Published on Nov 28, 2016
Report a problem... When should you flag content? If the user is making personal attacks, using profanity or harassing someone, please flag this content as inappropriate. We encourage different opinions, respectfully presented, as an exercise in free speech.
Farnsworth Middle School

Here are some reasons why do not have, and need, complete rights for women.

Will A. New York

I talk about terrorism, our nation's children, and taxes in this letter.

We need jobs in this country we are in a major crisis, more people are using welfare than ever.

Abortion isn't murder; abortion can save a life.

The way animals are treated in this country is horrific. It is time we take a stand and stop the cruelty. Animals deserve rights just as much as we...

Why religious rights of minorities should be acknowledged

Persuasive letter to the next President to acknowledge minority religious rights

Many people in our country aren't getting the equal amount of respect and rights they deserve.