To the next president of the United States -

There are many issues facing the United States currently and most of them are unacceptable and need to be dealt with immediately. An issue that I believe is ignored by many currently and needs to be taken care of is sexual assault on women in Universities and how it is dealt with incorrectly and biased. Sexual assault is defined by the Huntington Post as “unwanted and non consensual sexual contact that [involves] forced touching of a sexual nature, not involving penetration”. It is said that 19% of women in college will be sexual assaulted but only 12% of all victims (including men) report it to the authorities. This is because women are afraid of being publicly shamed when they come forward. Many women are blamed for the assault. This is shown clearly in the recent Stanford rape allegation case.

On January 18, 2015, Stanford swimmer Brock Turner “sexually penetrated” an unconscious 22 year old Stanford student with his fingers behind a dumpster. Turner was caught by two Stanford students and was immediately taken into custody by campus police. Turner was brought to court on January 28, 2015. He was accused on two accounts of rape, two for felony sexual assault, and one for attempted rape. Revoltingly, he pleaded not guilty on all five charges. Turner was eventually convicted on three charges of felony sexual assault. This carried a potential sentence of 14 years in prison but he was given a pesky six month prison sentence. Despite the fact that the sentence was drastically reduced, he was freed after only three months.

As a result, controversy ensued and brought in a debate on issues concerning biased towards one gender or race due to reputation and stereotypes. Turner was an educated white male with a sports scholarship. This caused people to call out the judge as being “lenient and biased” towards Turner because of his reputation. In an article regarding the People vs Turner case, Turner’s own father was quoted in a letter concerning the trial as saying that the punishment was a "steep price to pay for 20 minutes of action out of his 20 plus years of life”.

The victim, nicknamed “Jane Doe” was psychologically traumatized after the attack. When she was taken to the hospital after the assault, her blood alcohol was at 0.12%. She was shamed for drinking underage and was even blamed for the whole assault despite the fact that she was the one who was attacked. It is very common for women in universities to be blamed for sexual assault even if they tell the police.

Earlier this year, CNN wrote an article for women’s history month about first hand accounts of rape. As I was reading this article, a quote from a victim stood out to me. "Never will I stop having flashbacks and nightmares, and never will I be able to have a normal relationship with anyone, because I am too far from being normal again.". This is a quote from a woman who was raped in college a few years ago. When she reported it to campus police, she was publicly shamed and disowned after coming forward.

As a woman with three female family members (myself, my mother and my sister) it is concerning to me that 1 of 3 women are sexual assaulted. Many women fear telling the authorities because justice will not be served. It is absolutely revolting and scarring that one day I may have a daughter who is failed by the justice system. Even today as a 14 year old girl, I am scared to walk down the street alone. I am afraid of what could happen to me and what would be done. I’m afraid if I am assaulted, I will be blamed or the prosecutor will not be punished. I used to walk to school and everyday I had to text my mother when I left and when I arrived. At the time, I was an innocent young child and didn't understand why. Now, as a young woman adjusting to the society's issues and finding my own opinion, I understand clearly. She was adjusting to the unfair treatment of women in the justice system. 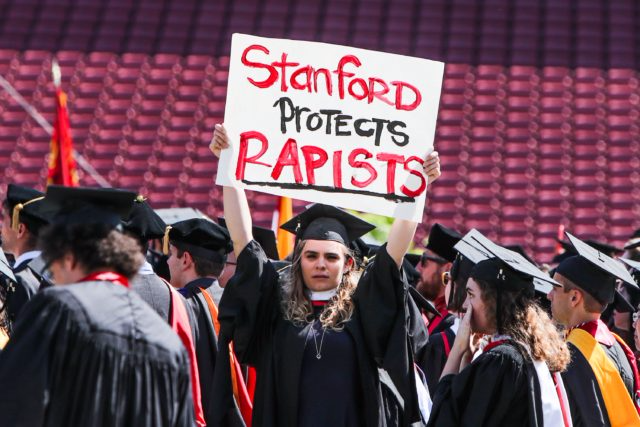 sexual assault justice system rape campus safety sexual harrasment
Published on Nov 8, 2016
Report a problem... When should you flag content? If the user is making personal attacks, using profanity or harassing someone, please flag this content as inappropriate. We encourage different opinions, respectfully presented, as an exercise in free speech.
Lusher Charter School

My letter adresses college tuition for students and talks about how expensive it is for families to pay for education.

There is terrible police brutality going on today and a lot of discrimination. We need to help make change.

This letter explains a few challenges that people of trans experience have to face and my opinion on some of the issues.

The minimum wage in America should be raised because of how much income affects a child's life. The current minimum wage is not enough for a family...

College is too pricey

College tuition is very expensive and many people don't have the money.

Equal Pay in the USA

We live in the United States, it's about time that we work together as a county to address our country's issues. My issue is we need, "Equal Pay fo...

How LGBT people should be treated in my opinion.

This letter is about the cost of college and how it is a problem for many students in the U.S. Also, addressing the next president that this is a p...

This is an essay on what should be changed about gun laws.

Abortion is an impending issue for American's in the near future.

This letter focuses on the problems in the US Foster Care System.

Human trafficking is an international crime that enslaves people. Victims are abused, tortured, and often die due to neglect

The justice system favors one party over the other because they focus more on identifying the criminal before breaking the law rather than their ac...

Sexual assault on college campuses is a problem we should take more serious and put an effort to make an end to it.