According to Millennial Money Man, since 1999, student loan debt has increased by 500% while incomes for young workers have decreased by 10% since the year 2000. Overall, student loans have become such a problem over the recent few years that kids are starting to move back in with their parents, because they can't afford to rent an apartment. This needs to be fixed so people can start a new life and young kids like me don't have to worry about what to do about paying off huge debts in the future. As our next president, I think you should address student loans.

To begin, According to USA Today, you should know that 68% of seniors from public and nonprofit schools had to pay a staggering $30,100 per student loan. Kyle Craig, a student at Old Dominion University, said, "I expect my debt to be around $30,000 by the time I'm done here," (Rayfield). A little over 50 years ago, my librarian only had to pay $3000 or less to earn her college degree. Nowadays, kids have to pay 10 times as much, if not more in student loans. It's ridiculous how times have changed as people just getting out of college have to pay so much more money compared to 50 years ago. Likewise, college students are regretting even getting a college education. Some students wish they had gone to a more affordable school, while VerticalNews reports, "Unfortunately, 10.41 percent feel as though they shouldn't have attended college at all." Recent graduates are finding that the crippling costs of repaying student loan debt prevents them from using their education to realize the dream the dream they believed a degree would help them achieve. They've spent tens of thousands of dollars on a degree that does little to improve their lives. Worst of all, "...while most federal loans intend for graduates to be debt free in 10 years, studies show the average loan holder actually takes 21 years to pay off their degree" (InfoTrac Newsstand). Basically, the longer the initial term of the loan is, the more interest is charged, which increases the principal and makes monthly payments higher. Loan holders end up having to request forbearance or interest only payments so they can afford to pay for housing and food, but the tradeoff is increasing the amount of time needed to pay off the loan. This extended timeline causes loan holders to put off starting businesses, families, buying homes, and even saving for retirement. Because of the time it takes to pay off student loans, college graduates are unable to prepare for their future.

Once again, I hope you, Mr./Mrs. President, can do something about student loans. Even though I'm only 11, it doesn't stop me form thinking about my future and worrying about what I will and won't be able to do. If this problem stays unresolved too much longer, it may get much worse than it already is. 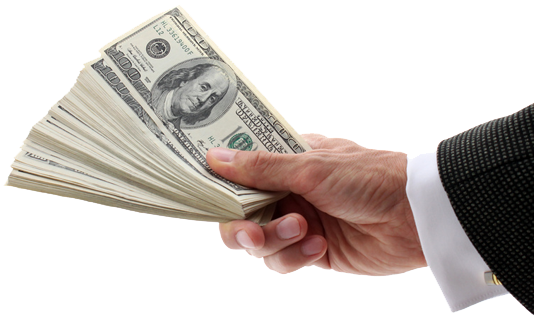 student debt
Published on Nov 8, 2016
Report a problem... When should you flag content? If the user is making personal attacks, using profanity or harassing someone, please flag this content as inappropriate. We encourage different opinions, respectfully presented, as an exercise in free speech.
Patrick F. Taylor Science & Technology Academy

Student Loan Debt Needs To Be Put Under Control

High school graduates have huge debts because they can't afford to completely pay off their college fees. This is the only type of consumer debt th...

In America there has been way to much Racial Inequality and this is A major topic that should be fixed.

Fracking is a controversial topic in the election. Fracking is a process that allows oil companies to extract natural resources that are trapped in...

The building of the Dakota Access Pipeline needs to be stopped.

My name is Elizabeth Whitehurst. I am a Junior at St. Thomas More High School. Hopefully, this letter will answer any questions about the death pen...

The cost of college tuition is steadily increasing as is the need for financial aid which leads to more debt after college. There is a way to fix t...

College tuition costs are hurting students all across America and it won't get better unless we do something about it.

The cost of going to college is too high, we need to work to make it more affordable for everyone.