I am writing this letter to confirm that you will let there be gay marriage when you are elected president.

I’m sure people already ask you this but I say that there should be gay marriage rights. Yes, many people say it’s a bad thing and it is heavily looked down on, but I say that there should be gay rights. People who want to marry the same gender do not care if they are heavily looked down at, they want to be with that one, person, guy, girl, or whatever. It was their choice, so I think let people be who they want to be, so let them marry. According to an article, “One of the major reasons that gay marriage is currently illegal is due to the religious interpretation that " homosexual are sinners." Such a religious perspective should have no place in federal, legal matters in the US. We live a secular society that maintains secular views. The Ten Commandments do not define our legal system, so why does the religious argument "marriage is the union between a man and a women" keep so many gay couples from becoming legally married?

Legalizing gay marriage will have no negative impact on religion and/ or the religious view of others, just as religion should not have any impact on the issue of gay marriage.” It’s also been confirmed that in the bible, gay marriage is also very looked down upon. For example, in Leviticus 18:22 it states, “Do not have sexual relations with a man as one does with a woman; that is detestable.” Another example is found in Leviticus 20:13, “If a man also lie with mankind, as he lieth with a woman, both of them have committed an abomination: they shall surely be put to death; their blood shall be upon them.” Some people may know it is a sin, but they don’t care, and it is not like they are hurting or disrespecting God. The bible also states that God will love his children always, no matter how many sins they do, God always forgives. According to an article, this is what it thinks of same sex marriage, “Since marriage is a relationship between two individuals, what effect would it have on the rest of us? At first glance, it sounds like a good question, but a deeper look reveals that since marriage is a public institution, redefining it would affect all of society. First, it would weaken marriage, after same-sex marriage was legislated in Spain in 2005, marriage rates plummeted. The same happened in the Netherlands. Redefining marriage obscures its meaning and purpose, thereby discouraging people from taking it seriously.” This is what I don’t understand, why does it matter? What does other people's love life have to do with us?

It’s not like it hurts or affects us in any way, it was their decision, they can be who they want to be, they don’t need anyones elses opinions, we do not control them, they are no different from us. It’s good to be different, it the same as marrying someone, only a little bit different. Another argument states, “Texas sociologist Mark Regnerus released a comprehensive study titled “How Different Are the Adult Children of Parents Who Have Same-Sex Relationships?” His research used a large, random and national sample and its scope was unprecedented among prior work in this field. Contrary to the APA, Regnerus found that for a majority of outcomes, children raised by parents with same-sex relationships drastically underperformed children raised in a household with married, biological parents. He quickly noted that his study didn’t necessarily show that same-sex couples are bad parents, but that it did definitively put to rest the claim that there are “no differences” among parenting combinations.” Just because kids have or are raised by parents with same-sex relationship does not mean they are bad parents, just like I stated before, gay marriage is a little bit different from regular marriages. So people with the same-sex relationships should also be allowed to have kids as well. I know two that are the same gender who are my relatives that love each other, I recently learned about gay marriages, but I just don’t know why they kept it hidden.

I understand that when I was younger that I wouldn’t have understood what they meant, but I also think that it might be they were scared of my reaction or maybe they didn’t know how I would take it. That’s my point, gay marriage is so heavily looked down upon, but I say let there be gay marriage, for all people out there who want to be who they truly are. People argue that people don’t act like themselves, but how can they be themselves if they can’t marry the same sex, also people don’t act like themselves because they are to ashamed of it. So I ask, let there be same sex marriage, for people who are afraid of hiding it and being ashamed of it.

The people in the United States do not want to live in a country that is in the category of countries that do not allow gay marriage, and punish people by death. Some countries that disapprove same sex marriage are India, Singapore, Russia, Jamaica, Japan and Nigeria, but the United States should be different. People who come to this country might might have come from another country that does not allow gay marriage, and come to the U.S hoping for a better future and freedom to be who they are. Most adoption agencies discriminate against gay couples and make it incredibly difficult for them to adopt children. Many agencies will only release children to "married" couples, therefore rejecting stable, loving, homosexual parents. By legalizing gay marriage in all states, adoption agencies understand to respect same sex marriage couples. Gay marriage will help thousands of foster children to gain parents and new families. Legalizing gay marriage will help people to understand to respect homosexual.

Couples as well as individuals in the LGBT community will seem less "different" from heterosexual lifestyle, so straight couples and individuals will be more inclined to accept homosexual couples into their communities. A fact about gay marriage is that more than 50% of married couples in America get divorced. Studies show that the US has one of the highest divorce rates compared to other countries. Allowing people the opportunity to get married will increase marriage rates because less couples will get divorced. Legalizing gay marriage will decrease divorce rate. So to conclude all this, hopefully you can now see more clearly that gay marriages aren’t really bad at all and same-sex marriages are misunderstood, so therefore there should be gay marriage, and it shouldn’t be a illegal thing to do. I hope you will put some thought into my letter before judging gay marriages. 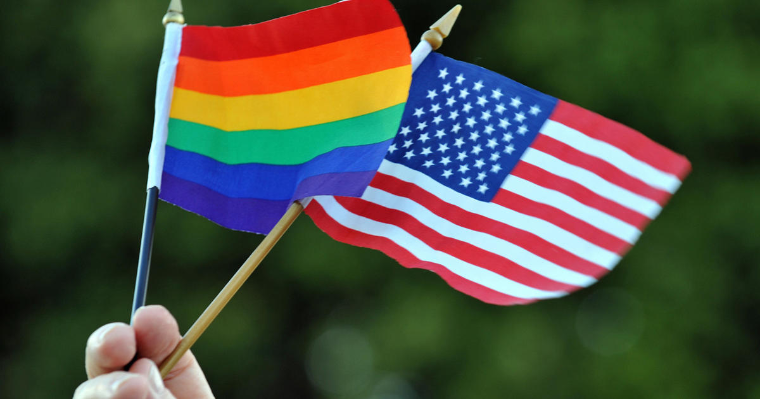 homosexuality marriage rights
Published on Nov 16, 2016
Report a problem... When should you flag content? If the user is making personal attacks, using profanity or harassing someone, please flag this content as inappropriate. We encourage different opinions, respectfully presented, as an exercise in free speech.
Lobo School of Innovation

Letter To Next Prez - Immigration

My topic is immigration.

Inequality at the TSA

I have a concern about gun laws that are negatively affecting our nation. I want to share with you the facts about guns and death in the US, guns a...

Overpopulation and How This Affects Us

Overpopulation is causing major issues to all life on Earth, but if we change now as keepers of our planet, Earth can prevent these issues and make...

Why education is important and why there should be one on one discussions with teachers and the students.

Letter to the president on gay marriage

Marital rape seems to be an issue in all 50 states. There have been many women that are married or have an ex-husband, who may have been raped by t...

Legalization of gay marriage in all 50 states