Dear Next President of the U.S.A.,

I personally have multiple issues with the current state of the U.S. With equality mostly. There are many things I could complain about, though I am going to narrow it down to one. The topic of LGBT equality.

I have issues with the bathrooms, events, topics and treatment. I myself am agender or genderfluid, meaning my pronouns are they/them. I have to use the girls bathroom. And it makes me very uncomfortable. Therefore, I would request unisex bathrooms. Not only that but I’m also pansexual, that has many issues that come along with it also. I’ll get laughed, bullied, told I’m doing it for attention and told that I’m just confused. I think that issue needs to be stopped and tapered down.

Most events in the school that are sectioned are sectioned by gender. By that I mean male and female. What about other genders? There are minimum of five genders and classifications. I am only aware of about seven of them though. Male and females separation needs to be changed. Usually this topic isn’t really an issue that is spoken out on. Most people that know it happens don’t even stand out on it. For example right now jokes are being made of me by people at my table. Like people won’t even do anything, just love who they wanna love and then they’ll be laughed at.

Another part of this issue is with the internet. People will constantly make fun of and laugh at people for doing what makes them happy. This issue isn’t only with the LGBT community but with everybody really. People will get to the point of self-harm or suicide. And that isn’t okay. That needs to be changed and there needs to be some kind of discipline and change. 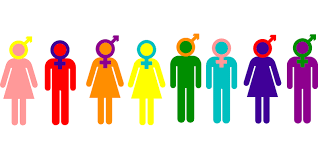 lgbtq community lgbtq rights lgbt
Published on Nov 22, 2016
Report a problem... When should you flag content? If the user is making personal attacks, using profanity or harassing someone, please flag this content as inappropriate. We encourage different opinions, respectfully presented, as an exercise in free speech.
Farnsworth Middle School

Will A. New York

I talk about terrorism, our nation's children, and taxes in this letter.

Here are some reasons why do not have, and need, complete rights for women.

We need jobs in this country we are in a major crisis, more people are using welfare than ever.

Let Syrian Refugees In The U.S

Judging someone based on their race, background, or religion, won't bring anything but hatred. The United States is a big country with a lot of opp...

Fossil fuels are destroying our environment and putting people in danger. We should work toward the majority of our energy being generated by nucle...

Drug Addiction hurts us all

The world needs your help now.We are suffering from drug addictions in many people especially heroin.

Nukes are a recipe for trouble so we should stop producing and storing nukes.

Gun Control Should Be An Issue More Taken Care Of.

Gun control is a debatable issue all around the world. It is a topic that people, especially the government, should take care of a lot more. It is ...