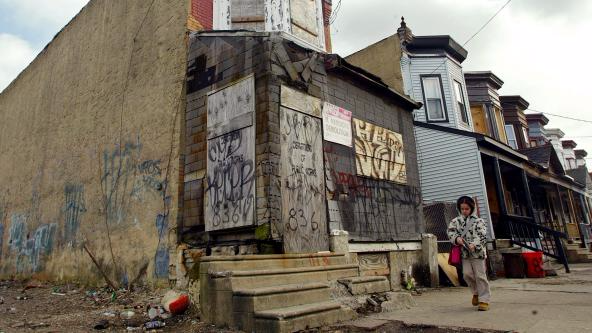 The reputation of American cities hurts our country’s entire image. The overall status of a country in the world’s eyes is vital to both foreign affairs and the economy. If we as a country could help “broken down” cities get back up on their feet, it could spark a potential improvement in America’s impression. We as a country need to take action in order for any of this to even have a chance of happening.

Some people will say that “fixing up” the cities will cause gentrification, which is the renovation of a city traditionally to suit the middle class. A main concern of gentrifying an area is the fact that it tends to becomes exclusive to the poor, pushing them out of their homes because they’re no longer affordable. Because of this point, people have turned to disagree with the restoration of cities. But, of course, that problem can be avoided if the procedure is executed properly. This can be done by simply having near and available jobs as well as affordable housing.

City revitalization means a lot to me because, being from Michigan, I don’t live far from these rundown cities that were once great. Michigan’s reputation has been raked through the mud due to the cities that have been abandoned and have had little love spread amongst them. A common word associated with Michigan is danger because of the number of cities that haven’t been cared for and are overrun by corrupt people. Cities in Michigan, such as Detroit, Flint, et cetera, as well as many other areas around the states, including parts of Chicago, Illinois, require that extra push to exceed.

Although there are flaws to the revitalization of cities, I continue to believe that it is extremely important. At the end of the day, it’s your decision, future president.

global reputation slums urban city problems
Published on Oct 30, 2016
Report a problem... When should you flag content? If the user is making personal attacks, using profanity or harassing someone, please flag this content as inappropriate. We encourage different opinions, respectfully presented, as an exercise in free speech.
Avondale High School

Cancer needs to be a priority to cure and stop it from killing our human race.

U.S. bonds with other countries are slowly deteriorating, and it's time the president repairs these breaking bridges.