Dear President of the United States of America:

As President, you should support and serve your people. You have an obligation to support the people of America. Currently, your citizens are not being paid equally. Ask yourself, is it fair to be paid less for your gender or skin color? When you became president, you swore that you would do your best to preserve, protect, and defend the Constitution of the United States. That also includes serving your people. According to an article by Bryce Covert, “women are earning 80 percent of what men earn.” How is that fair? They should be paid the same amount as men. You have a daughter. Do you want this to happen to your daughter? Do you want her to be discriminated against? African-American and Latina women have it even worse than most other women. A study showed that they are underpaid by $22,000 and $25,000, respectively. These people are getting oppressed. It’s your job to help these people. People elected you to help them and others. There are many solutions to this problem. 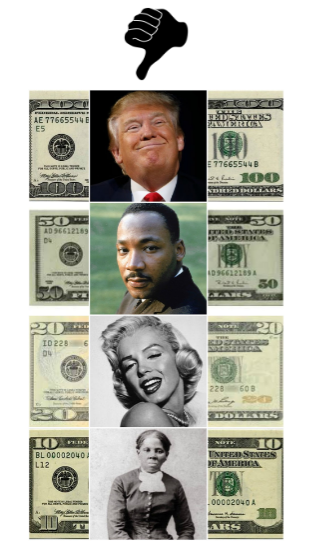 You could also support changes with a goal of solving these problems. Although there is a U.S. Equal Employment Opportunity Commission (EEOC), it doesn’t seem to be solving the issues at hand. For example, the Lilly Ledbetter Fair Pay Act allows individuals to challenge pay discrimination, but there is still a wage gap. To close the wage gap, you could do more to support working women, such as further supporting moms and caregivers, and helping women get higher paying jobs. Also, you could have investigators check the salary of everyone in the business. If they are doing the same job, compare the salaries. The team of investigators could help even the paycheck. These are some of the ways you can help and demonstrate your caring nature.

I want a President with strong leadership and also compassion. I will support someone who cares about minorities, even if you aren’t necessarily a minority; and someone who helps others before helping themselves. You should help the needy without using them to your advantage. Voters and I will look for a person who can make a difference. You should aim to do something great for everyone. It doesn’t matter if they’re poor or rich, white or minority, man or woman, immigrant or not, you should be determined to help them. Voters and I look for someone who will help them through hard times and support them in times of need. They want a man or woman of the people. Be the person that we are looking for.

women's rights money equality minorities
Published on Oct 4, 2016
Report a problem... When should you flag content? If the user is making personal attacks, using profanity or harassing someone, please flag this content as inappropriate. We encourage different opinions, respectfully presented, as an exercise in free speech.
Shelburne Community School

Driving Under the Influence

What Does TSA Really Do

Does TSA really do what they say read more to find out.

Everyone should have access to healthy living shelter conditions.

This letter is about homelessness and the ways you can HELP!

I believe that animals should be treated more like citizens. And here they are, being hurt, killed..

The gender pay gap is affecting the lives of thousands.

8% of the citizen of U.S. are born by immigrants parent