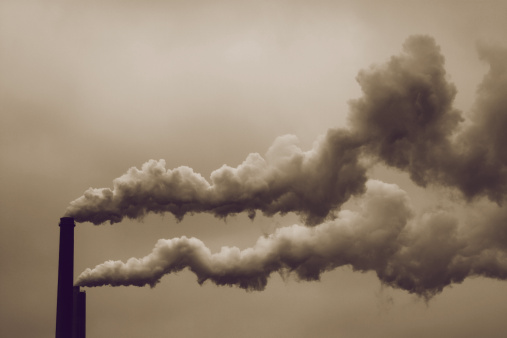 Dear the next President of the United States,

Most people live their lives without thinking about their effects on the world around them. Of course they have heard about the effects of global warming and support that change needs to happen, yet they do nothing. I am simply here to ask, will you join them and watch as our planet continues to deteriorate? Or, you can join the cause and help to save our precious planet.

Pollution is constantly occurring all around us every day. Pollution is defined as the introduction of contaminants into the environment that cause adverse change. This includes, but is not limited to, car emissions, factory emissions, littering, and dumping waste. According to the NRDC, the United States is ranked second in CO2 emissions producing 16% of the world’s carbon dioxide emissions despite being inhabited by only 4% of the world’s population. To make matters worse, America has produced the most total emissions in the world for the past 150 years. The release of this greenhouse gas all around the world has caused the temperature to increase at the fastest rate ever in recorded history. This in turn melts the glaciers and ice caps causing sea levels to rise. This has many effects on the environment including the disruption of coral reefs causing many species to go extinct and the flooding of homes that are close to sea level. However, flooding isn’t the biggest damage caused due to global warming, but the gases themselves. Emissions become part of the atmosphere which is what we breathe. As we respire in order to keep ourselves alive, we also are slowly killing ourselves due to chemicals released into the atmosphere. We need to consider the environment and formulate a plan to save it before it is too late.

I am grateful of the measures you have taken to help with the problem including more wind and solar power as well as the Clean Power Plan. Both of these will definitely help and I appreciate it greatly. However it is simply not enough to stop the problem. The real power lies in the people. If everyone could contribute to the problem by performing small tasks in everyday life like carpooling, picking up trash, and recycling. Encouraging people to help any way they can will be the best way for the United States to do its part. As inhabitants of Earth, it is our duty to preserve our precious planet for generations to come. If we don’t help soon, our progeny won’t have an Earth to live on.

pollution environment
Published on Nov 6, 2016
Report a problem... When should you flag content? If the user is making personal attacks, using profanity or harassing someone, please flag this content as inappropriate. We encourage different opinions, respectfully presented, as an exercise in free speech.
Newbury Park High School

There are pros and cons to allowing women to have abortions.

Pollution is clouding up our country.

Pollution is a greater problem than some people may think it is. It makes this planet more and more dangerous everyday, and causes many problems fo...

Fracking in the Gulf of Mexico and Louisiana

Pass laws to cut down on pollution