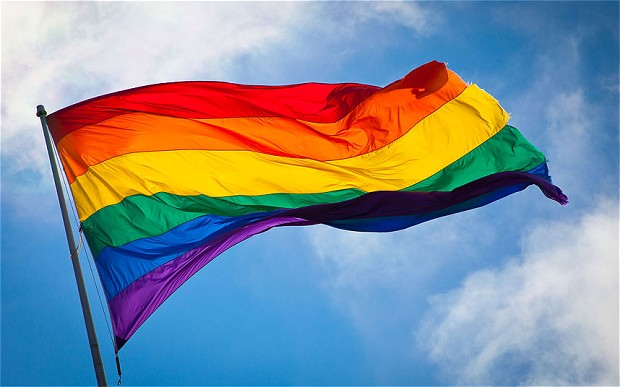 The United States has made great strides in recent years in furthering equality and acceptance of the LGBT+ community. Same-sex marriage was legalized, many states allow genderless bathrooms for transgender or non binary people, and schools across the country have their own GSAs or other safe spaces for LGBT+ students. HIV is an issue that has devestated the LGBT+ community for decades, mostly due to miscommunication or complete lack of information regarding safe sex between anyone other than cisgender straight couples. With the recent trend of schools including comprehensive, medically accurate sex education that teach about contraception, STDs, HIV, and good decision making, the country as a whole has seen positive affects on the sexual health of today's youth. When adolescents know what behaviors are dangerous and what they can do to protect themselves, they are more likely to practice safe behaviors. Acknowledging that LGBT+ youth are just as deserving of applicable sex education as other students, it makes sense that sex education would include information that is relevant to LGBT+ experiences. First of all, state laws, such as those of Alabama, South Carolina, Texas, and Utah, that require teachers to only give negative information on homosexuality and gender divergence should be absolutely abolished nationwide (Sex and HIV Education, Guttmacher Institute). Not only does it block LGBT+ students from information that could directly affect their health, but it tells them that who they are is wrong. It tells their peers that they are a community of people who are misguided, sick, and worthy of ridicule and bullying. Suicide is already the leading cause of death among LGBT+ youth, mostly because it is not uncommon for LGBT+ youth to be bullied by their peers, communities, and family because of their orientation or identity. Simply discussing sexuality and gender in an open, academic setting will help reinforce the message that LGBT+ people are just as deserving of respect as any other population. Going one step further, if LGBT+ sexual health issues are actually taught in class as a legitimate topic, more LGBT+ youth will know how to be safe, and the dangerous rate of HIV among the LGBT+ community will decline. Some may say that it is in the interest of a traditional, family centered America to allow schools to teach negative information about LGBT+ health, but it is more important to keep students physically safe than to appease a group who would prefer to assert their personal values onto others.

As president, you have the potential to be an incredibly positive influence on the health and safety of the LGBT+ community.

sex education school lgbtq rights
Published on Nov 7, 2016
Report a problem... When should you flag content? If the user is making personal attacks, using profanity or harassing someone, please flag this content as inappropriate. We encourage different opinions, respectfully presented, as an exercise in free speech.
Newbury Park High School

Guantanamo Bay is unethical and illegal and therefore should be shutdown.

What can the next President do to support tax reform and legislation that will support small businesses and working class families instead of the w...

This is a letter about college tuition and the problems of the cost to go to college for families.

I believe that school hours should be shorter because long hours stresses kids out, makes them not want to come to school and makes it harder to fo...

Why We Must Enforce Protection for the Transgender Community

The LGBTQ+ community has always had a hard time. Especially the transgender community. This letter explains why we need to enforce protection laws ...