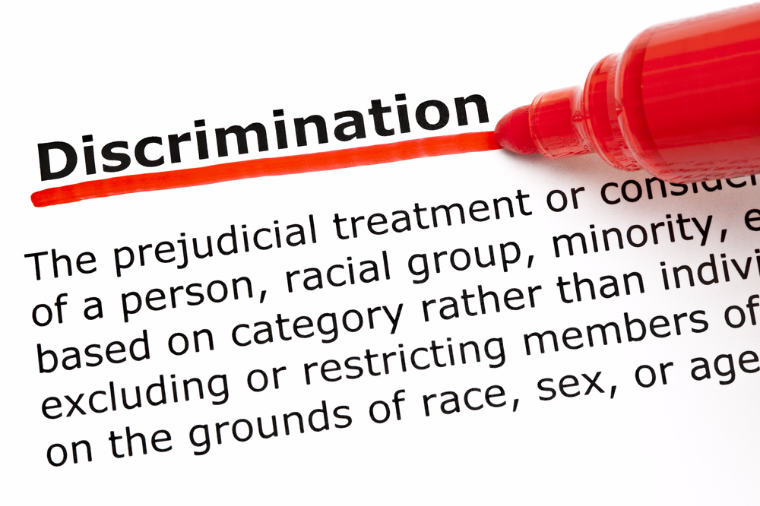 Discrimination is a huge problem in today’s world and people don’t even realize it. There are so many people that believe that their race or gender is better than others and that needs to stop. Day after day I hear of people being discriminated against for no reason at all. Please, Next President, hear me out and help put a stop to this nonsense.

Here where I live, in North Carolina, discrimination is a huge problem. Just recently the HB2 Law was passed making it illegal for to use the bathroom of their chosen gender. The law also made it legal to discriminate against gays. The saddest part about this is that the law passed the North Carolina Legislature and our governor signed it with no problem. This means that some people in our country believe that this law is what is right. But let me tell you, this is not right. It shouldn’t matter to people what decisions others make in their life. People should be allowed to do whatever and live their life the way they choose.

Another big problem is that it isn't just gays and that are being discriminated against. It is also different races. According to Khan Academy, a study showed that white males make more money than any other race/gender. Another significant piece of evidence that the study shows is that a white male, with an eighteen-month prison sentence for possessing drugs, is more likely to get an out-of-college level job than a black male with a clean slate. People may say that racism isn’t a thing in today’s world, or that even if there is it isn’t bad, but then explain to me why these studies exist. Yes, it is true that studies aren’t always one-hundred percent non-biased or true, but the fact that this could be happening somewhere in the world is outrageous.

Just last night, right near my town, there were riots. These happened because a police officer shot and killed an armed black man . Other than this incident, there have been people of different races being shot for no reason. Just a couple of days ago, an unarmed black male was tased, shot and then killed on the street by a police officer in Tulsa when his vehicle had broken down in the middle of the road. And yes, I agree, that not all police officers are racist, it is just a few, but that is still not okay. People need to learn that everyone is equal despite their race or gender and no person is better than any other.

All around this world there are signs of discrimination against races, genders, and beliefs. This, our Future President needs to end. There could be people of different races, genders, and beliefs that could change the world when they get older. But due to discrimination, these people might not get the chance to. So please, Future President, help this world become a better place for everyone. Help us all become great friends.

discrimination gender equality lgbtq rights
Published on Oct 7, 2016
Report a problem... When should you flag content? If the user is making personal attacks, using profanity or harassing someone, please flag this content as inappropriate. We encourage different opinions, respectfully presented, as an exercise in free speech.
Weddington Middle

Why are women treated differently?

How LGBT people should be treated in my opinion.

LGBTQ+ people are still normal people. Before we know it our society will be fully corrupt if we don't figure out ways to fix this problem.

"In order for America to be "great", we need to hear from different types of people. White is not the default."

The United States has faced much discrimination in all forms, but the one I would particularly like to talk about in this letter is one that has ju...