One out of every six women has been a victim of sexual assault in America. However, only 30% of sexual assault cases are reported. When it is reported, victims may face backlash for coming out, known as victim blaming.

When rape cases are reported, people tend to question the behavior or the appearance of the victim that may have led to the assault. The go-to response is to assume that the victim was asking for it. However, shouldn't someone be able to express themselves and act freely without having to worry about someone preying on them? For example, if a woman wears a short skirt, she is not "asking for it"; she is simply wearing what she wants and practicing her right to freedom of expression. People should be able to dress freely without having to worry about the unwanted attention they will get from it. With victim blaming, the actions of the rapist are justified, discouraging rape victims from coming out and getting the justice they deserve.

A solution to victim blaming is to simply teach people not to rape. "No" means "no", and yet some people still take it as a signal to continue to pursue their victim. People do not realize the severity of the crime. Rape victims are not only physically affected, but are also emotionally and mentally scarred. Still, rape is not treated as a big deal. Fraternities from Yale University and Texas Tech have been suspended for allegedly shouting "No means no. Yes means anal." This type of thinking makes rape a "joke", allowing people to glorify it as another way to pick up a girl. Victim blaming is a way to make the sexual assault appear as the victim's fault, justifying it by the way they dressed or the way they acted. But instead of teaching girls to cover up and not act a certain way, shouldn't we be teaching men not to rape?

This issue is only getting worse, with rapists getting shorter sentences than someone who committed a less severe crime. This behavior is teaching men that rape does not come with serious consequences. For example, Brock Turner, after sexually assaulting a woman behind a dumpster at a Stanford frat party, only served three months of a six-month minimum sentence. It was "justified" because he was a star swimmer on Stanford's swim team. The media treated him as a smart, successful student who made a "mistake", and did not deserve to rot in prison. Whenever they mentioned Turner's name, "Stanford swimmer" was attached to it. This type of sympathy for the rapist contributes to victim blaming in rape culture.

With an increase in sexual assault cases by 6.3% in 2015, rape culture is becoming increasingly prominent in today's society. Victim blaming is a major factor of the lack of victims that come out with their stories. It places the blame of the sexual assault on them, when it should be placed on the offender. Nothing should justify rape, not what someone is wearing, whether or not they were intoxicated, or if they were "asking for it". Rape is not a "joke", and should be treated as a serious crime where offenders do not get let off because they made a mistake.

We must unite and put an end to victim blaming in America. Thank you. 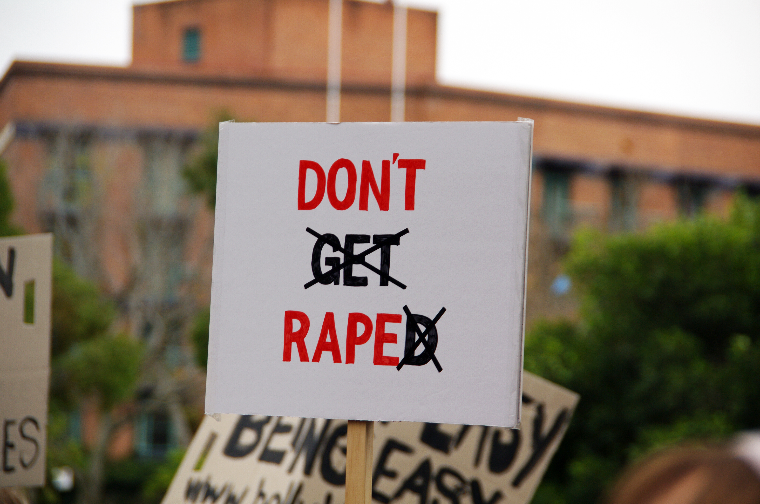 rape culture
Published on Nov 4, 2016
Report a problem... When should you flag content? If the user is making personal attacks, using profanity or harassing someone, please flag this content as inappropriate. We encourage different opinions, respectfully presented, as an exercise in free speech.
Newbury Park High School

This letter is about how the police abuse different people.

Dear The Next President

A letter on our population

College rape is one of the biggest epidemics in sexual violence right now. There needs to be more justice for the victims. Victims are terrified to...

Is There Really Justice For All?

Currently, in 2016, rapists are not getting their well deserved time, or for some any time at all. Back in January of 2015, Brock Turner was indict...

Why is it that sexual assailants are allowed to coexist in our already fragile society? Most importantly, how can their prison sentencing be justif...

Rape culture is a huge problem in America that not many people focus on. Our society is teaching young men that their sexual violence is okay and ...

Rape Culture in the Media

The media continuously makes excuses for heinous acts that demoralize victims of objectification, and it needs to be stopped.