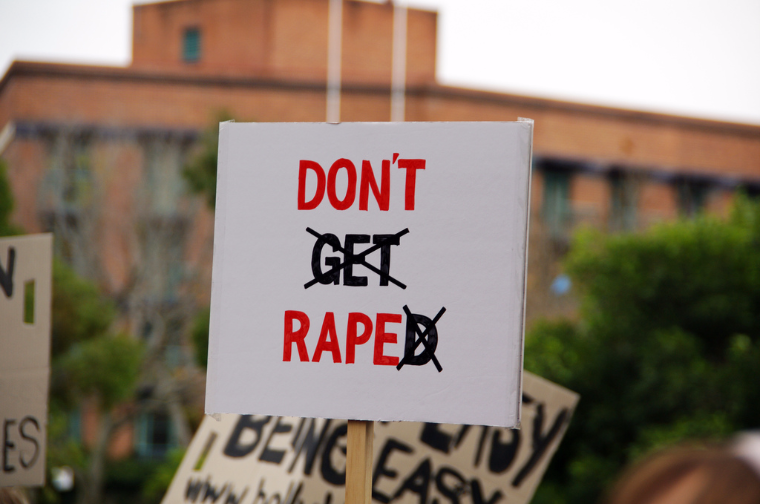 Hi, Im Becca from Skyview High school in Billings Montana and I am 14 years old. I’m writing this letter to address an ongoing problem in our society. All over the media we see news reports about women and men who are being raped and getting little to no justice at all, as many people know there was a women raped by a stanford student, Brock Turner the victim was found exposed behind a dumpster, he was sentenced only 3 months in Jail. This is not the only time such a terrible thing has happened, many rapists are getting off without even a smack on the wrist. In addition to the many rape cases that don’t even get publicity the victims are in many cases treated as if they are in the wrong, that they shouldn’t of been wearing that, that they should of been happy they were getting “laid” at such a young age. This is not okay.

Because of the way the rape cases are treated many victims go unheard, the victims are questioned as if they did something wrong and disgusting, “what were you wearing?’’ Were you flirting?” this shouldn’t matter. Rape is serious and we treat it as nothing in some cases. Because of this we are teaching our daughters and younger sisters not to go walking out late, not to wear such revealing clothes and not to flirt instead if teaching our sons and brothers not to rape. Teaching them that their hormones make it okay. We are teaching younger generations that if a man or woman wants sex we cannot say no. And this is not the world I want my little sisters and brothers growing up in

I believe that this has become such a big problem because we don’t talk about it enough. We keep the victims silenced, this needs to be something we teach about. We need to speak about the consequences, the aftermath that affects the brain and mental health. Many rape victims have to go through many years of therapy and counseling.

The victim of the stanford rape case wrote a letter to Turner to be read during trial beginning with “You don’t know me, but you’ve been inside me, and that’s why we’re here today.” Already within the first fifteen words she has made a powerful statement. The victim had decided to go to one of her younger sister’s college parties with her. “ I made silly faces, let my guard down and drank liquor too fast not factoring that my tolerance had significantly lowered since college. The next thing I knew I was in a gurney in a hallway.” This shows how quickly and terribly these crimes can happen. Sadly she is not the only one who has gone through this in 2012 62,639 cases of child sexual abuse were reported along with the 346,830 reported rape and sexual assault cases of a person 12 years or older. Even children are having to live with this trauma

I believe that if we have more harsh punishments and longer jail time we will reduce the amount of rapists in America, I know that we cannot get rid of it completely but I think past rapist and sex offenders should have a regularly scheduled psych evaluation and be heavily watched for a set amount of time. They should also have to spend many years of classes that will make them realize how bad what they did is.

In conclusion we should unsilence the rape victims, teach the rapists how what they did is wrong. We should teach more about the consequences and how to avoid it and teach everyone that consent is important. Thank you for listening.

rape justice rape culture
Published on Nov 9, 2016
Report a problem... When should you flag content? If the user is making personal attacks, using profanity or harassing someone, please flag this content as inappropriate. We encourage different opinions, respectfully presented, as an exercise in free speech.
Billings Public Library

My story is about stopping gun control.I think we as individual citizens have the right to make that decision if we want or don't want guns.

Many people argue that marital rape is not real or it is simply an excuse for some things.

Sold! sold, as a sex slave

In the United States, women have been fighting for their rights for many, many years. Still this inequality continues, even though there are many s...