As a young female in America, a major topic I am concerned about is the inequality women face all over the country. Inequality has unfortunately been a major part of our country’s past and is a continuing struggle today. I believe that it is long past the time in which we allow women to be treated differently than men. I have many concerns within the larger issue of gender inequality; but I believe this is the time in which they need to be fixed.

One problem in our country has been the wage gap between men and women. I would like our President to understand that it is time to fix this issue; it is a very basic concept- women and men should get paid the same amount of money for the same job. Furthermore, men and women should have the same opportunity in the workplace for promotions, leadership positions, and job opportunities. Yes, this process may take time, but it is past time that we start working towards this.

Another issue that women face is not having control of their own bodies. Women should be able to have this control, without regulation from the government, when it comes to things like birth control and abortion. The fact that we as a country regulate what women can't and can do with their health is repressive and controlling. Women should be able to make these decisions and I would like to see a president who reinforces this idea by selecting a Supreme Court Justice who upholds Roe v. Wade and furthers the freedom of women’s healthcare.

And finally, but not the last issue, is the problem our country faces with sexual assault and the rape culture in America. One in six women will face sexual assault in her lifetime; and when I saw this statistic, I was taken completely by surprise because we claim to be a progressive society, but with these kind of numbers, I think it is unbelievable that our country allows this to happen. Sexual assault has decreased greatly in the past 20 years, but the point is, is that it shouldn't be happening at all. However, it is not solely the president’s job to fix this, it is too difficult for one person- it has to be a societal change. But we do need a president who supports change in our society and who will advocate for women across the world as well as our country.

I hope that our future president sees that equal treatment for women and men is long past due. I hope that they see that girls in our generation and the generations to come deserve leaders who support equality, and that eventually, it won't be odd to see that a majority of CEO’s could be women, or that we can live in a world where women don't have to worry about being attacked, or that girls and boys can aspire to be whatever they want in life, without what is “associated” with each gender being an issue. 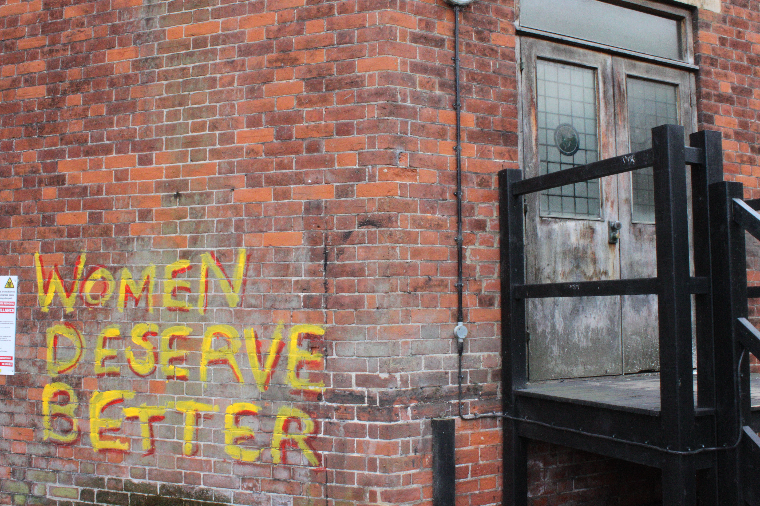 feminism rape culture birth control abortion wage gap
Published on Nov 7, 2016
Report a problem... When should you flag content? If the user is making personal attacks, using profanity or harassing someone, please flag this content as inappropriate. We encourage different opinions, respectfully presented, as an exercise in free speech.
Judge Memorial

Talk about immigration and possible ways for the future president to change it. I share my grandparents story and how my family is where we are tod...

This letter is about the large issue that affects many every day. Equality, such as race, gender and disability are all still a problem in our soci...

Abortion should continue to be legal for the safety of women, the future of girls, and rape victims with unwanted pregnancies

Abortion is killing our Country, Literally!

My paper is on Abortion and what my personal view is!

I am going to talk about abortion. I believe that abortion is not a good idea.