We all say that we want to help people, or make a difference in the world, but do we really mean it? If we did, we would see more of a change in today’s homelessness rates, and  we would not see such increasing rates of people without homes now in various cities across the country. It is time that we do something to address and solve this growing issue. This is an issue on the well being of the people of America, those who are your top priority as they belong to your country.

Although I am sure you are already aware of the homeless crisis in the United States, I demand change for how we are addressing the problem. According to Wikipedia, in New York City alone, there were over 48,000 homeless men and women in March 2013. In 2011, New York City had nearly 114,000 homeless people staying in emergency shelters, not to mention that roughly 40,000 of those individuals were minors, an increased amount of 37% since 2002. Sadly, 29,000 of them relying on the shelters, 80% more than in 2002. There are more people now than ever that rely on homeless shelters, and based on the trend line, the number will most likely keep increasing if something is not done.

Have you ever stopped to think how these people ended up in the situation they are in? Do you think that they want to live on city sidewalks, depending on someone walking by to help them survive? As children we all imagined how our lives would end in another decade or so, picturing an extravagant dream job, well paid, happy with families. But for these individuals, do you think being treated like garbage on the side the road was what they pictured? Something happened along the line, and we need to help them get back on track. Attempts to solve this crisis have occurred in the past, such as the creation of homeless shelter and soup kitchens, however these movements were not enough to solve the issue. One of the main problems with these shelters is that people who don't truly need them are taking advantage of the privilege. In fact, many of the shelters have run out of beds and therefore can't accept any more patients.

In order to see the change that needs to occur, we need to create programs from working in the shelter in order to stay. By having the occupants give back to the community, outsiders be more interested in donating, especially seeing that they’re not the only ones trying to help. This is an important issue that puts many citizens’ health and happiness at risk, and something needs to be done about it.

If we don't make an effort to change what is happening now, it will only be a larger problem to address and deal with in the long run. This is the well being and happiness of the citizens of our country, which should be a priority. With the homeless rates already skyrocketing throughout the past decade, now is the time to make a change before the issue becomes anymore serious. I know that coming into office brings a lot of challenges and issues other than just this one, but I believe that this one is in need of being addressed as well. 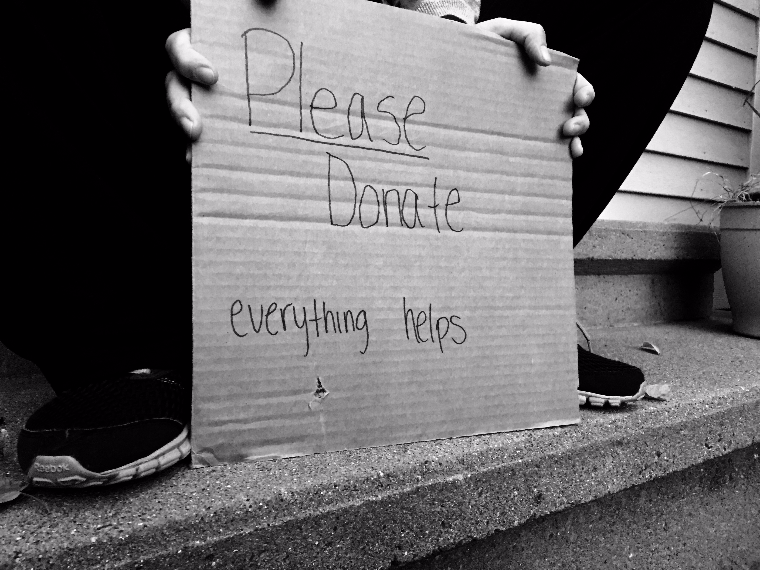 homelessness
Published on Nov 8, 2016
Report a problem... When should you flag content? If the user is making personal attacks, using profanity or harassing someone, please flag this content as inappropriate. We encourage different opinions, respectfully presented, as an exercise in free speech.
Lewis S. Mills High School

As a current High School student, I am well aware of the unnecessary amounts of homework that is assigned everyday, all over the United States. It ...

Immigration is a major issue in today's society.

This video will discuss the types of immigration. The types of Jobs that legal and illegal immigrants in America. And also the percentage of the fo...

Homelessness in America: Are we doing enough to help?

As homeless continues to rise as a concern in America, us willing to take a stand and help must take action now.

Hope for the Homeless

Homelessness is an important issue that defines our nation and we should take this situation into consideration.

My paper is about how veterans are homeless and trying to get back on their feet.

Homelessness needs to be reduced.