I would like to ask you, and bring to light, a few questions on the issue of abortion. How would you respond if a family member or friend decided that they would choose to terminate their pregnancy? Would you support them, or kick them to the curb? How would you react if someone else had done this to a loved one? Are you pro-life or pro-choice, and why?

I’m asking you these questions today to showcase my side of this debate.

I believe in the idea of pro-choice. A woman who is unable of caring for and supporting a child, or does not want to carry through with the pregnancy, should have every right to decide to terminate or not. How is that supposed to be debated about? It’s her body - her decision. But it isn’t that simple. There is both an ethical and religious side to this argument. The fact of the matter is that a person has it’s own rights - so why should a “higher power” such as the church or the government be able to decide for them? In order to form an opinion, you have to understand the way that each side sees the issue.

“Pro-life” believers think that anyone against their mindset is “anti-life”. It makes those who believe in the use of abortion sound like crude murderers, when it reality, that’s the farthest thing from what they are. Just because you support the idea that a woman has the choice to keep her baby or not does not mean that you’re anti-life. The woman in question could easily want a baby later on in the future, and just not be able to support it at the moment. Maybe the child came out of something horrible like an incident of rape or a case of incest. According to Civilliberty.com, pro-life supporters believe that “the government has an obligation to preserve all human life, regardless of intent, viability or quality of life concerns”. What this article is saying is that even in the case of a child possibly being born with a defect, the government has every right to step in to preserve the child’s life. Shouldn’t that decision be based on the one taking care of the child - the mother? Is the quality of life really that significant to those who suffer? Another side to this view, however, is those who are angered by the woman choosing to terminate when there are many who are unable conceive. Medical advancements do have the technology to bring a child to these families, but even then, some are left only with disappointment. Pro-lifers believe that if you have the opportunity to have a child and waste it, you’re committing a sin and are known to those who can’t have children as unworthy of even having the option.

“Pro-choice” believers, the side that I support, think that the decision is entirely based off of what the mother wants to do, and that a power no other than her own mind should be able to change that preference. When first typing “abortion” into a Google search, the first suggestion to come up is “why abortion is wrong”. Why IS it wrong to be able to choose on whether or not you want to keep YOUR child? It should be your decision, and no one else’s. Isn’t it strange how the search engine immediately comes up with the cons, when it should also showcase the benefits? In certain cases, women with medical issues should not become pregnant at certain times. In the article titled “Abortion” by MEL’s “Opposing Viewpoints in Context”, “...abortion was illegal in the United States before 1973 - except in extreme circumstances involving the health of the mother.” The option wasn’t even on the table for those who couldn’t support themselves, let alone a child - only being available to those who would possibly die without it.

Any child, whether disabled or not, has the right to a life full of opportunities - but when the information arises that your child could have a disability and not be able to enjoy life fully, wouldn’t you like the option of keeping them from suffering? Instead of bringing them into a world of ridicule and pain, wouldn’t you want to end the pregnancy before it’s too late? This view on the matter is split down the middle. Religious people of society believe that a child is a child no matter if they’re mentally or physically able, but those with the ethical standpoint believe in the use of abortion in order to keep the child from enduring any more pain.

I not only wanted to bring this issue to your attention, but I want you to think about how you feel about it as well. Think of the women who are putting their own lives in danger to get illegal and unsafe abortions, when we could be saving their lives and allowing abortion to be legalized. Many see abortion as the destruction of a generation, but if you give the woman the right to choose, maybe it won’t turn out that way. The option of having a way out when the pregnancy takes an unexpected turn, or wasn’t something you had planned for, can in turn bring a lighter view to the idea of children, possibly persuading young women to conceive later on in their lives. A woman’s rights includes her body, and what she chooses to do with it. I know a solution to this issue is found very far in the future, but I’d like you to think of this letter when deciding against or with my opinion. Please keep those in mind who deserve the choice over their body and what they want to do with it.

Thank you to these websites & articles: 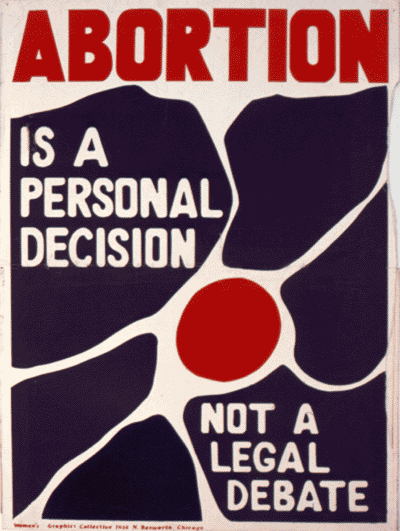 abortion religion vs government safety women's rights choice
Published on Nov 3, 2016
Report a problem... When should you flag content? If the user is making personal attacks, using profanity or harassing someone, please flag this content as inappropriate. We encourage different opinions, respectfully presented, as an exercise in free speech.
Clarkston Community Schools

Sexism has affected the women of our nation for too long. The next person who becomes president needs to address and take steps to change this.

Impact of Racism and Sexism

A Plea for all Orphans in Need

Rebecca P shares her own personal as well as crying to others about the severe issue of orphans and how to fix it.

This is a letter about the lives of over Scheduled students and how it affects their lives.

Keeping the internet free, one step at a time.

Stolen Valor is an issue that needs stricter laws.

No one should take away a women's right to choose.

Prohibiting abortion after we as a nation have come so far to support a woman's right to choose is simply regressive. It is forcing one of the most...

Abortions should be legal to eliminate backstreet abortions, to provide a situation to solve an unwanted pregnancy (due to incest or rape) and to p...

Abortion in the U.S.

Abortion is a controversial topic all over the world. However, it is not the choice of the government. It is a personal choice.

Abortion- Leave As Is

Abortion can be a pretty tough topic to tackle, considering how touchy it is. Here I discuss the rationale that states there is no need for social ...