Today there are many reports of animal abuse and animal cruelty, and nobody is doing anything to try and put a stop to it. Animal cruelty is illegal in all of the 50 states, yet people still are hoarding animals and chaining animals to starvation. When people have dogs that they use for dog fights, they hoard the dogs and chain them up. These dogs have dirty water and no food, and then they fight until their death. People use  dog fighting as a source of entertainment. We need to figure out solutions.I am a 6th grader in middle school and I believe that more people should be in prison for being in connection with animal abuse.

Everybody knows animal abuse is illegal, yet people still abuse. Take a look at this information:

According to The Humane Society of the United States“Approximately 1 million poor, innocent animals are abused or killed in a year, with relation/connection to domestic violence.” 1 million!? That’s just crazy. These poor animals are getting killed in dog fights, puppy mills, and animal hoarding situations. It’s not just dogs and cats either, equine animals such as horse are abused badly. As stated by: The American Society for the Prevention of Cruelty to Animals(The Humane Society of the United States) “Every year, approximately 150,000 American horses are trucked over our borders to be slaughtered for human consumption.” 150,000 for the sake of human food? That’s really nauseating. Also, in the words of  The Humane Society of the United States “Abuse averages include: Dogs: 70.1%, Cats: 20.4%, and Other Animals: 24.1%. Lastly, according to the ASPCA “Approximately 2.7 million dogs are euthanized. (1.2 million dogs, and 1.4 million cats.” When I was younger I witnessed an attempt of dog abuse. I saw them and screamed for my parents. When he heard me he tried to run away but my dad saw him and called the authorities.

We could think of solutions, but does that thought even come to your mind. Those thoughts never used to reach my mind or if the did they would go “into one ear and out the other!” Have you and somebody ever sat down together and brainstormed solutions for animal abuse and cruelty? If you have and have pursued those thoughts you are doing favors to millions of animals around the world! If not let’s brainstorm some ideas right now. Take a look at this information from local websites: According to the Georgia SPCA“You can help millions of animals in distress( being neglected) be saved this very minute by calling authorities. Also according to the Georgia SPCA “If you hear a dog continuously bark or whine, something must be wrong; call the authorities.” Lastly the Georgia SPCA  explains:“If you witness animal abuse, cruelty, or neglect..SPEAK UP!” You can do so much, for the poor helpless animals, by calling the authorities. I hope that you are able to do something about this issue, and I hope to see some changes in the future. 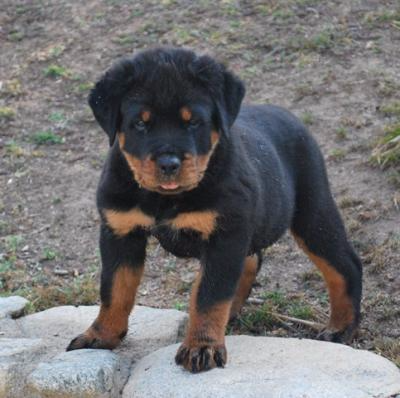 Please don't let these innocent animals suffer! They have a great life to live. Give them the love that they ask for!

This letter showcases the reason why animal testing needs to be stopped.

This letter is about homelessness and what we can do to help.

A satire article that talks about the issues on gun control. Also, on why we don't need them.

An urgent letter examining the many cracks in the once rigid structure of the criminal justice system.

School start times are too early.