Throughout the world, education is widely regarded as essential to economic growth and overall prosperity. In America, education is valued very highly and supposedly given a high priority. Strangely enough, however, the teachers responsible for educating America’s children are not valued that highly. Considering how big the United States is and how much Americans contribute to the world, you would think that teachers would be among the highest paid professionals. Yet teachers are compensated disproportionately to their advanced education levels and are disrespected by many people. I believe, Mr. or Mrs. President, that you should look into this issue and consider substantially raising teachers’ salaries.

The Bureau of Labor Statistics reports that the average teacher salary in the US is $41,000. This is simply too low. Teachers are the people who feed our nation intellectually. They are the ones exposing students to the information they need to go out in the world and make a difference. When looking at their average salary, it is clearly way too low relative to how much they benefit society. Not all countries who rank education highly reward its largest contributors so poorly. According to the Organization for Economic Cooperation and Development, the average salary for teachers in Switzerland is $68,000 which is the highest average teacher salary in the world. The US doesn’t even crack the top ten. It seems crazy to me that one of the strongest and richest nations in the world doesn't even pay the people who help build America at a competitive rate.

By looking at other countries’ teachers’ salaries, clearly the US does not value teachers or educating kids nearly as much as they profess to do. To rectify this, I propose that the federal government subsidize teacher pay on top of local government funding. This would at least rival the pay of Switzerland and assure relatively even compensation across the country. If the salary for teachers were higher, then more people would want to join the profession. With more competition for teaching, the best people would be the ones who are ultimately hired. With better teachers at schools, more students would hopefully connect with what they are learning and want to go on to a higher education. With more education, graduates would be better prepared to go out into life and influence America for the better.

Erik Benner, a Texas history teacher, said, “Honestly, I am invested, and I love what I do, but I am run-down and exhausted. There aren’t enough hours in the day.” This quote just stresses again how dedicated many teachers are and how hard a lot of them work. However, with this hard and important work, teachers are simply paid too little and are often found working second jobs. Nínive Calegari, president of the Teacher Salary Project, said that 92 percent of teachers buy supplies for their students out of their own pockets and are not reimbursed by their schools. This again shows that teachers invest a great deal of their time and money in their students to ensure that they are successful. Shouldn’t US taxpayers have the same commitment level and investment in their teachers?

Despite many thinking that teachers should be paid more, a lot of people argue that being paid less can actually have some benefits. For instance, if teachers receive low pay, then only the people who have a passion for teaching will enter the profession. This will help attract teachers who love what they do and have a drive to help educate and better students. However, I believe that the low pay makes the job less competitive, therefore attracting less qualified people. Additionally, low pay is not an incentive to stay in the profession. While teachers are expected to continue their educations and obtain master’s degrees, they are encouraged to do so without much financial incentive. It’s not surprising then that teaching is only a temporary career for those unwilling to make long-term self-sacrifices. The best teachers often leave the profession.

After a lot of thought, it’s obvious to me that my education would be much better if my teachers felt valued. It seems as though many teachers are asked to do more every year for the same salary or sometimes with a pay cut. In Detroit, teachers took a 10 percent pay reduction and were asked to pay more for their benefits in 2011. Understandably, some of them have lost their drive to teach. With years of very hard work and dedication to students, their energy gets drained. The reason it is drained is most likely due to their focus on things other than teaching. For example, if some of my teachers did not have to focus on money and possibly a second job and could only focus on teaching, my education would be greatly improved. Thus, increasing the salary of teachers could yet again improve the education of not only me but students all across America.

All in all, teachers have one of the most important professions in America, yet they don’t get treated that way. So I ask that you, Mr. or Mrs. President, to consider my words and make a positive change for America. 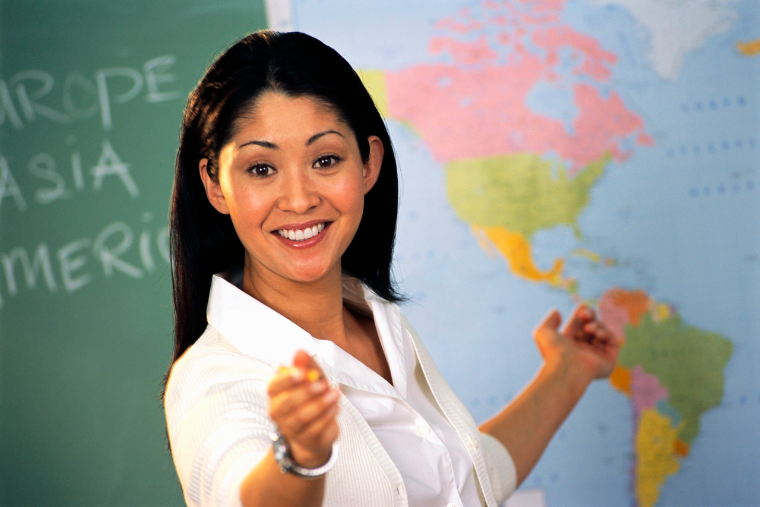 education education funding wages teachers
Published on Oct 31, 2016
Report a problem... When should you flag content? If the user is making personal attacks, using profanity or harassing someone, please flag this content as inappropriate. We encourage different opinions, respectfully presented, as an exercise in free speech.
Avondale High School

The rise of college debt and tuition is rapidly rising and becoming an overgrowing issue in America.

Today, there are many children who are being left behind and not cared for in the Foster Care system.

Why should we be cautious about artificial intelligence?

Many regulations on immigrants are very harsh and which results them in being discriminated.

Are the standards we currently have really the best for our students?

The need to control the gun usage in America is a vital issue that continues to be ignored.

Abortion should not be discussed only as a common American taboo, but it needs to be addressed as an adult conversation. Women and girls around th...

Wage Changes Could Benefit All

There should be a change in pay scale across the US in order to help families make their way out of poverty.

Music is a pathway that increases students learning ability and emotional development.

A New Chapter in Education

The thoughts of a current highschool junior about the status of education in this country.

Why Our Sex Ed Isn't Working

We need to learn about being safe and healthy not only with sexual activity but with relationships, gender identity, and sexual orientation in a po...

This is a letter about reforming public school education.

Why Is College Necessary?

College is a perquisite for a better life and we need to help the students in debt. College tuition and fees are gradually rising and this needs to...