Many veterans have mental health issues that need to be treated, but some of these men don't have the money to get what they need for their health care. They deserve free health care for their services . Also some of these men are missing important body parts, such as limbs. There situation can be assisted with treatment for them and physical therapy but these men are not getting the attention that they need. A Washington post article declares that one of the serious problems that most of the men and women have is depression after battle.Some of these cases Are very severe and it can resolve in suicide. This can be avoided by getting therapy from a professional but some of our soldiers can't afford this treatment. This is why veterans deserve to have free healthcare.

Services to this country is not another job it is a job where skill and patriotism is required. Soldiers will give their lives to this country. It is not another job it is a job where a person has the country on your back. Also it requires many other skills. They still are not getting respect. Many have given their lives to make sure me and you are still standing today we should give it back what they gave to us. When they come home maybe their families at the most have a welcome home party and then they are forgotten about. People disrespect them when they should be honored for what they have done in our military.

It is not acceptable that the men and women that protected our country are laying on the street homeless. It is unfair that they gave their lives to us and now they are laying on a newspaper it needs to change they are ur heros. 30% of homeless people are veterans stated in the text of the washington post this has to change. These are men and women that gave their lives for this country and for you. They have should have a place to live or place to sleep under. It is unfair that the heroes that saved our lives in the world and are living cold on the be treated with the same respect as everyone else who works a job and also it is just another job and people get paid for it so they deserve the same respect as all of us who have jobs. It is not just another job people are dying left and right for their country and they keep pushing on to keep us safe and. In a normal job people are not put in danger but just making money for their families. But our veterans have needed money for their families and saved all of the citizens in the United States so it is just not another job because it requires a lot of toughness and Will.

All So Others May argue they are homeless because they don't work hard enough at an everyday job and it is slowing companies down and wasting time to pay them. If they are not doing the job and why should we have a man who doesn't work. When we could be getting new employees that actually work and get the job done. Well sometimes they can't have a job because of mental issues or physical issues. Susan Ross from debate.org strongly said not all scars are visible and is tough for them to attend a job and keep working hard. But if they don't have any money to support their families they go homeless it is unacceptable. Companies should respect to the illnesses that are veterans or soldiers have and they should keep it up and deal with what happens it. I know it is tough that Someone is not working and getting the job done but they have to know these are men who would give their lives for this company and are the reason this company still stands today.

I am certain that if we treat our veterans with more respect this country will take one step closer see the future. If we treat them with more respect they will now that their service was actually honored in this country and They will know the true reason why they served to make a this country a better place and keep it safe. dear mr. president this has to change our military will shrink in because they know that they're not respected so dear mr. president please change this. 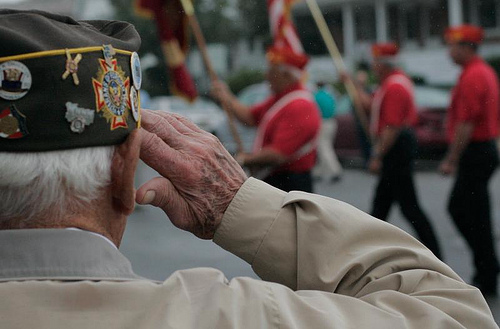 military veterans rights veteran issues
Published on Nov 9, 2016
Report a problem... When should you flag content? If the user is making personal attacks, using profanity or harassing someone, please flag this content as inappropriate. We encourage different opinions, respectfully presented, as an exercise in free speech.
Brielle Elementary

The Ocean Is Running Out Of Fish

Dear Future President, Do you really want the ocean to...

Litter Is Destroying Our World

Dear President, “We are living on this planet as if we had another one to go to” (Terri Swearingen). Are you littering, or are you picking trash ...

Lowering taxes is critical for our community to survive.

A plea for better government funding for military personnel.

The military risk so much to fight for out country and they deserve more time home.

Should we continue to use drones overseas?

The usage of drones overseas should be continued. They keep US military personnel safe, kill fewer civilians than any other military weapon, and ar...

We need to help our veterans.