Immigration is more than just border control and the unfair law preventing non Americans from entering the United States of America. Its much more! Many come to the United States for a specific reason and meaning . I mean its absurd to think someone would go through all the trouble to sneak past intense borders and risk their own life because they want to irritate Americans with their presence. It just doesn't make sense.

Here in United States  we are blessed to know that we are free to express ourselves and do not have any sort of strict religion and unfair and outrageous laws. The United States  is known to the world as the freedom land and the place where we are free to Express and don't have to worry about our life because we broke a rule. Many people around the world don't have that liberty we just assume since we have always been accustomed to this much freedom that's everybody around the world  also have the same liberty as we have. Another case most Americans experience that they know not all country's have its as well as they do when it comes to liberty however we choose to ignore the fact because as long as we live a good life style the rest of the world doesn't really matter to them. Its sad but this is how most Americans feel.

However the situation isn't like that at all. My family has a hard time with the Immigration laws all the time. A long time ago in my dads youth, his country and home land was having  financial situations and since my dad knew he wouldn't be able to support a family with the situation so he came to America and today I am blessed to say we are a happy family with all the things we cherish and thank for in life. However for others the situation isn't anything like financial situations but religion and outrageous laws. In other countries if they don't follow these strict  laws and religion practices they are killed or hurt in some way. Many have escaped and now live peacefully in the United States. However others won't get that same wonderful opportunity because of laws that say immigrants may not come into the United States.

Many worry about over population and terrorist attacks happening because of Illegal Immigration. However there is a solution to all these problems. Over population is a problem and must be taken care of for many reasons however that answer is up to the government and not us immigrants. Also terrorist attacks isn't our fault its the fault of those attacking we should have better defense skills when it comes to that situation because together we are stronger. Immigration can make The United States a better place if we handle the situation and decide to see it in a better light. 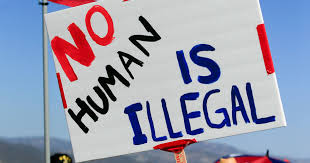 immigration
Published on Oct 25, 2016
Report a problem... When should you flag content? If the user is making personal attacks, using profanity or harassing someone, please flag this content as inappropriate. We encourage different opinions, respectfully presented, as an exercise in free speech.
Rahway Academy

Jobs To Pay Off College?

If college costs can't be lowered, think of another plan.

Lowering taxes is critical for our community to survive.

Bring Together, Not Apart

This is a letter about bringing the Black community and Cops together, instead of tearing them apart with violence and tear gas.

Why immigrants should be allowed to stay in the United States

Immigrants should be allowed to live in a place where many of us call it home. It's time to put yourself in our shoes.

Illigal immigration is a big issue in the US, help us put a stop to this nonsense.

Homeland Security is becoming a more significant threat day after day, and I am wondering what you will do to prevent it.

My perspective on immigration laws