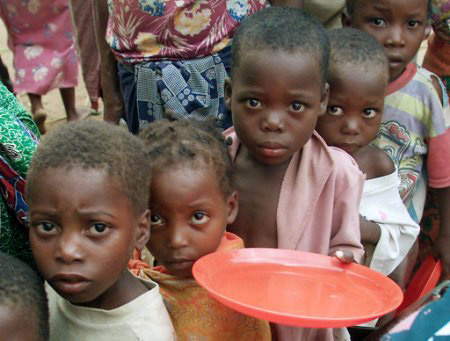 Did you know that hunger is the world's number 1 health risk. It kills more people every year than ALDS, malana and tuberculosis combined? I strongly agree that people should not suffer from food-insecurity. Somewhere tonight in the U.S are going to bed hungry. Others are not aware. This needs to change.

First, too many people go to bed hungry. Too many people aren’t sure where their next meal will come from. According to feeding america.org, 42.2 million Americans live in food insecure households. Also, 29.1 million, adults 13.1 children, and 5% of households (6.3 million households) experienced very low food insecurity.

Food insecurity is the state of being without reliable access to a sufficient quantity of affordable, nutritious food. Why does food insecurity matter? Food insecurity matters if we didn’t have food insecurity, we wouldn’t have any access to any foods. Also on www.aciar.gov.au, it says that they are making progress about not having lot of people going to bed hungry. Also they were saying that there are 209 fewer people now than 1990. However there has been only modest progress in Sub-Saharan Africa and Western Asia, where natural disasters and conflict continue to trap people in hunger. :-( The one thing that our world has to get on is to feed the world in 2050 we need to increase total global food production by 70%.

We must end hunger now. It is our responsibility to help our fellow citizens in the same country that are struggling to help them. As former president Bill Clinton once said, “We cannot build our own future without helping others to build theirs”. We must help those who cannot help themselves for the sake of our future. Our future can’t begin without food.

hunger food industry
Published on Nov 7, 2016
Report a problem... When should you flag content? If the user is making personal attacks, using profanity or harassing someone, please flag this content as inappropriate. We encourage different opinions, respectfully presented, as an exercise in free speech.
Brielle Elementary

Children all over the world are child slaves and it needs to stop.

Why are school uniforms are important in schools?

We shouldn't have chemicals in our food (GMOs, GE crops, MSG).

This letter addresses the topic of the quality of school lunches, how the quality affects students, and what the government can do to improve it.

This country needs to change the standards of "healthy".