The actions of people today with animals is horrible. People think dogs, cats, horses, roosters, etc. are just a piece of trash! Today I’m going to talk about dog fighting. Dog fighting is when dogs are bred, conditioned, and trained to fight other dogs. I believe that dog fighting should have a stricter law.

Dog fighting doesn't have a very strict law because it keeps happening. The dogs that are used to fight are American Pit Bulls, American Staffordshire Terrier, Ca De Bou, English Mastiffs, Tibetan Mastiffs,Shar Pei, and New Guinea Singing Dog. Most of the dogs are Pit Bulls and the Staffordshire Terrier. According to the Humane Society some fights last at the very least one to two hours or longer till one dies or can’t fight any longer.

Dog fighting became popular in early 19th century. England saw the development of the Staffordshire Bull Terrier, first imported to the United States in 1817. Dog fighting has been around since 1835 that’s way too long. It’s been illegal since the early 20 century. Organized dog fights became part of American culture, and was promoted by the United Kennel club.

How can other people help stop this hideous crime? People should report it as soon as possible by calling 911 or the human society. Don’t support/ go to dog fights. Donate money to Human Societies, SPCA, ASPCA, and other animal rescues. You can spread the word that fighting dogs are put down because they will fight other dogs. Please help stop this crime. 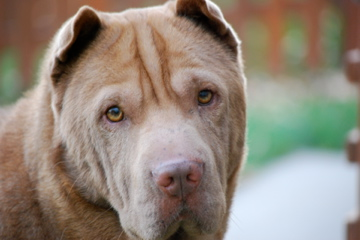 dog fights
Published on Nov 1, 2016
Report a problem... When should you flag content? If the user is making personal attacks, using profanity or harassing someone, please flag this content as inappropriate. We encourage different opinions, respectfully presented, as an exercise in free speech.
Lake Fenton Middle School

Animals are being abused, please put yourself out there and help them.

I Speak About Abuse

Abuse is bad, and it needs to stop. I am here to talk about how and why there should be more laws against abuse.

Has the thought of calling the authorities for these innocent animals ever cross your mind? Do you really want to let these animals suffer in anima...

This letter is about homelessness and how we can stop it.

Reducing chemicals into the air

Reducing chemicals into the air/ways to help with the problem.

This letter is about helping Homeless Veterans, why we should help them, and how we can help them.

We need to stop violence in our world

Education is becoming less of a priority right before this nations eyes.