America has a problem. Each year 42,773 Americans take their own lives. According to centers of Disease control and prevention, now even more people die of suicide than from car accident, This is a serious issue our society has, Everyone need’s to help if we want this issue to get better.For it is vital that we need help from our president and government. It will take a lot of work, but I believe it is something we could help to accomplish.I’m addressing this issue because it is something that has affected my life, and I think it is very important.

For long, our society has shrugged off bullying by labeling it a rite of passage and by asking students to simply get over it those attitudes need to change every day, students are bullied into silence and are afraid to speak up. We need to break this silence and end school bullying. Did you know Bullying victims are 9 times more likely to consider committing suicide?I am going to tell you a short story about a 15 year old girl named Amanda Todd you might have heard this name because her YouTube video went viral.

According to https://en.wikipedia.org/wiki/Suicide_of_Amanda_Todd “On September 7, 2012 Amanda posted a video in YouTube witch was entitled My story : Struggling,Bullying,Suicide and self harm. In the video she was using flashcards to tell her story about Bullying.The video went viral after she died on October 10,2012. Todd attempted suicide by drinking bleach, but she survived after being rushed to the hospital to have her stomach pumped. In her video Amanda said "It killed me inside and I thought I was gonna actually die". After a while Todd's mental state worsens, she began to engage in self-mutilation .She would take her prescriptions and she received counseling but one day she overdosed and was hospitalized for two days. On October 10,2012 around 6:00 Todd was found dead at her home.” Over 3.2 million students are victims of bullying each year. 160,000 teens skip school every day because of bullying, 17% of Americans students report being bullied 2 to 3 months or more with in a school semester.1 in 4 teachers see nothing wrong with bullying and will only intervene 4% of the time.By age 14 less than 30% of boys and 40% of girls will talk to their peers about bullying.67% of students believe that school respond poorly to bullying with a high percentage of students believing that adults help is infrequent and ineffective. 90% of 4th through 8th graders report being victims of bullying. 1 in 10 students drop out of school because of repeated of bullying.Did you know that as boys age they are less likely to feel sympathy for victims of bullying.In fact they are more likely to add to the problem that solve it.

I believe that no kid should have to go thru bullying because it is something that will always affect them in life. One other way to stop suicide is by being open with our friends about suicide is extremely necessary. Our teenage years are the years we are trying to find ourselves but want more than anything to feel accepted, loved,and cared about, sometimes we just can not see how loved we are, Friends make the biggest impacts on one another's lives,

A long time ago I had a friend who was going through a really hard times in her life. she had problems with her family and was being bullied she faced depression as well as suicidal thoughts. She was not able to recognize how many people cared about her, and she often felt depressed. It was very important that my friends and I really reached out to her and went beyond to make sure she really knew that we loved her. I think that was important that we were there for her,so she would not feel alone. Our job was to be open with her and make sure she knew that she could talk to us. Being a good friend to her was exactly what she needed. I learned a lot from this experience. ON the other hand, not only is it important to be good friend but to be nice to everyone, even if we do not consider them a friend. Leaders,Parents and teachers need to be a better example of that.

In conclusion I believe that if everyone helps we might end suicide maybe not all lives will be saved at at least some lives will be saved. I will show u a video that is not about bullying but it really inspired me and i wanted to show it to u guys. 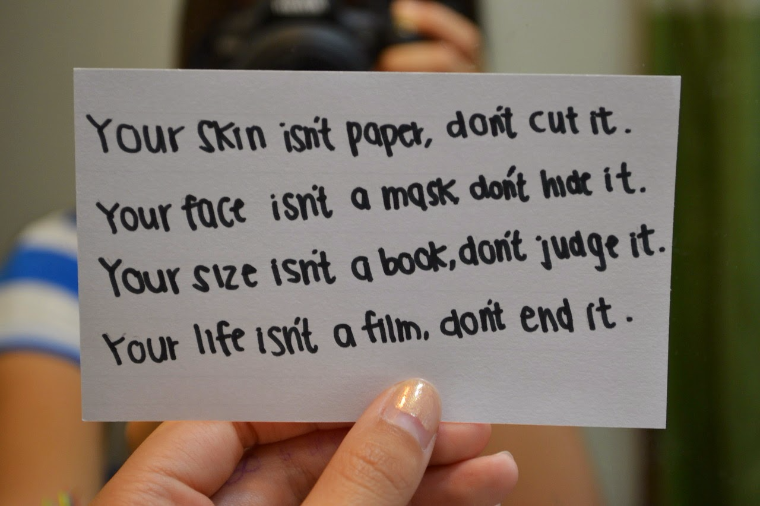 identity depression bullying suicide cyberbullying
Published on Nov 9, 2016
Report a problem... When should you flag content? If the user is making personal attacks, using profanity or harassing someone, please flag this content as inappropriate. We encourage different opinions, respectfully presented, as an exercise in free speech.
Lakeview MIddle School

Judgement is a big problem, and can lead to people having lots of suicidal thoughts and they will become very sad. This stuff mostly happens when p...

Terrorism is a rising problem in many countries, and now it's happening to us.

Immigration is huge and should be handled appropriately.

Laws should be more strict

We need to stop bullying in America now.

Because of all the social pressures in society the suicide rate is increasing rapidly, we need to act before it's too late.