It has been brought to my attention that bullying is a big problem at my school. I have learned that the teenage suicide rate has skyrocketed in the past few years because of bullying and cyber bullying. The reason why cyber bullying is such a big problem is bullies think that they can hide behind a fake name and that people won't be able to trace where the post or comment came from. The things that fall into the category of cyber bullying are mean texts messages or emails, rumors sent by email or posted on social networking sites, and embarrassing pictures, videos, websites, or fake profiles. Some of the things that result from cyber bullying are kids are more likely to use alcohol and drugs, skip school, experience in-person bullying, be unwilling to attend school, receive poor grades, have lower self-esteem, and have more health problems.

There are four different categories of cyber bullying for each form of cyber bullying: bully, victim, bully-victim, and not involved. Multinomial logistic regressions were applied, with sociodemographic variables, parental support, and number of friends as predictors. The different forms of cyber bullying are physical(threatening to cause bodily harm), verbal(videos), and relational(family and/or friends). According to some research I did, I learned that prevalence rates of having bullied others or having been bullied at school for at least once in the last two months were 20.8% physically, 53.6% verbally, 51.4% socially, or 13.6% electronically. Boys were more involved in physical or verbal bullying, whereas girls were more involved in relational bullying. Boys were more likely to be cyber bullies, whereas girls were more likely to be cyber victims. African-American adolescents were involved in more bullying(physical, verbal, or cyber) but less victimization(verbal or relational). With further research I was able to find out that higher parental support was associated with less involvement across all forms and classifications of bullying. Having more friends was associated with more bullying and less victimization for physical, verbal, and relational forms but was not associated with cyber bullying.

So overall, parental support may protect adolescents from all four forms of bullying and friends associate differentially with traditional and cyber bullying. I think that to help put a stop to all bullying is to just not start anything that would escalate to the point of bullying. 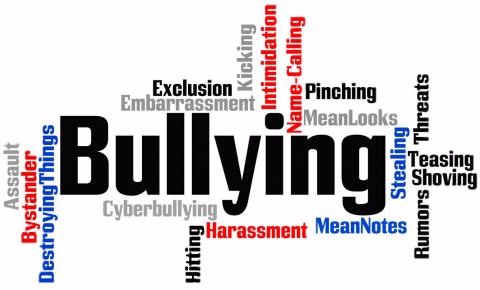 bullying
Published on Nov 8, 2016
Report a problem... When should you flag content? If the user is making personal attacks, using profanity or harassing someone, please flag this content as inappropriate. We encourage different opinions, respectfully presented, as an exercise in free speech.
Creekland Middle School

It's time immigrants get a chance to have the rights like we citizens of America do.

We should stop polluting our ocean.

College prices are too high and need to be lowered.

People should be treated fairly no matter who they are.

Help kids stand up to bullies.

Children are the future

Children are the greatest aspects of the future, present, and past and I’m sure you’d agree with me.

My story is about bullying and the how there are 3 different types of bullying: verbal, social, and physical. Bullying can be stopped by talking to...