When the illegal immigrants enter a job they are creating a lack of job opportunities for legal immigrants and citizens of the united states. This problem has to stop. I believe that it is unfair to citizens who were born here and who have lived here all their life and immigrants who are here legally should be able to get a good paying job.

Also illegal immigration gives terrorist a better chance of entering the country. Witch puts the country at risk of a terror attack.and puts the people who live in this country’s lives at risk.

There are many ways for illegal immigration to be prevented. We need about 5,000 guards if we get more guards, the right amount of guards at the border the illegal immigrants will have a tougher time getting into the country.

Congratulations on winning the election and i hope you will heed my advise about the topic of illegal immigration. 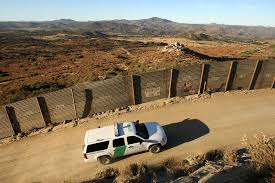 immigration
Published on Oct 24, 2016
Report a problem... When should you flag content? If the user is making personal attacks, using profanity or harassing someone, please flag this content as inappropriate. We encourage different opinions, respectfully presented, as an exercise in free speech.
Rahway Academy

Animal Cruelty is a problem i think is important.

So many people judge on what people believe in and that is wrong.

Blacks are getting shot,killed,and imprisoned by police.

Abortion should not be legal in America babies deserve to be born.

I am pro against gun Control because I think there should be limited things with buying a gun.

This letter is written to show my stance on illegal immigration in the U.S.

People should get a taste of freedom.