This issue, is not only one I, and many people are passionate about, but it also is a problem that hits home with me. My cousin went to a college in Minnesota last year, and was raped while she was unconscious at a party. She grew so uncomfortable, and it affected her so much that she eventually transferred to a college back closer to home, as she did not feel safe at that college campus, nor felt that the college’s safety for students was fit. This school was her dream school, as she got in on a full scholarship as well. To walk away, from a school she loved was one of the hardest things she’s ever had to do, but she felt so unsafe she chose to not stay. How is this right? College is about getting an education, students should not have to fear about their safety or the possibility that they may be raped! Having something happen to you or a loved one like this really changes everything, and it did for me.

Statistics about sexual assault on college campuses are extremely disturbing as mentioned before, 23% of undergrad students have experience sexual assault or rape, but these numbers do not seem to get any better. At elite schools in our country these numbers are even higher, growing to 32% at Yale, and 29% at Harvard. However, while conducting these surveys at some of these major schools, researchers found many women do not speak up, in fact 50% of women who experienced serious sexual assaults did not speak out for they did not think it was ‘serious enough’, or were ashamed. The main issue being, those that do speak up no measures are taken by the college. For example, Delaney Robinson came forward about being sexually assaulted on the campus of The University of North Carolina. She said she reported it, and six months later the university had done nothing. This is the issue, rape is a serious matter, that needs to be addressed, and shown awareness to, for a major stereotype is that it is the ‘womans fault’. College’s need to take the extra measures to handle and prevent rape and sexual assault from happening on campus, and make students feel safe.

“Did you see what she was wearing?” “She was asking for it.” “She was drunk.” Today, many women seem to be the ‘cause’ or temptation that provoked the sexual assault. What really needs to be brought to people’s attention is the true cause, consent, and lack of education. Women, and men need to understand what true consent is, that no means no, and if they cant say yes, you shouldn’t proceed. It all comes to lack of understanding in the areas of healthy relationships, and communications. Most importantly the victim should never be put at blame.

Seeing that lack of awareness is the major issue, what colleges can do is provide awareness, actually reporting incidents and giving consequences, as well as providing services for victims. Colleges should provide the campus with a clear definition of what sexual assault is, and create an official policy. It all starts with making students understand what it is, and consequences for it. There should be a written ‘plan’ for protocol when it comes to sexual assault reports, and lastly services for the victim of the assault. All these little things can do a lot for providing more comfort to students on campus, as well as help lowering these astonishing sexual assault numbers on college campuses. On that note, I ask you Mr. President, to step up and address this issue, speaking for all the women who may be stuck in silence. 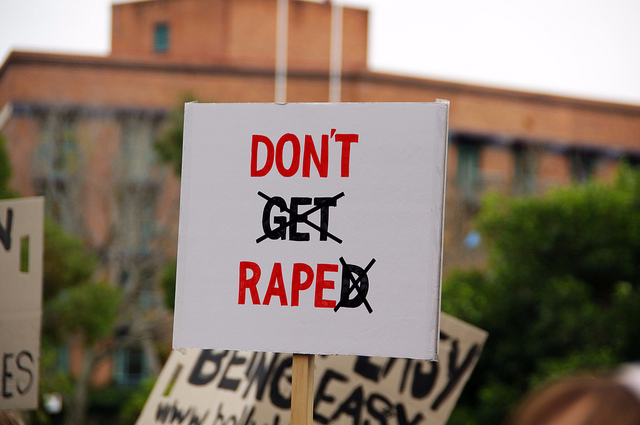 women's rights sex college sexual assault rape
Published on Nov 4, 2016
Report a problem... When should you flag content? If the user is making personal attacks, using profanity or harassing someone, please flag this content as inappropriate. We encourage different opinions, respectfully presented, as an exercise in free speech.
Wauwatosa West High School

This letter is about animal abuse and how it needs to change.

Pro-choice. Abortion has been an issue for many years and people are clearly divided on it. A woman should have the right to choose.

I think America should be paying for higher education.

A life changing crime with a punishment way too small

Abortion Should Be The Woman's Choice

Women should be able to make their own decision about whether or not to have a child.