Many people, including me, believe gun violence is a problem in America. The Gun Violence Archive, a nonprofit group whose goal is to provide accurate information regarding to gun violence to the public, says that so far there have been upwards of 47,000 incidents related to guns. More than 12,000 people have died and over 25,000 have been injured. These numbers cannot be ignored because more incidents happen every day. I believe the way to stop this is through ammunition control.

If someone buys a gun without ammunition, it might as well be a baseball bat. If used as a weapon, it would only be a blunt one. It should be required to give a background check before purchasing ammunition and items to make ammunition such as primer, gunpowder and shells. This would be much safer than just having regulations with guns. According to The Marshall Project, a nonpartisan, nonprofit news organization, 45 states and the federal government currently have no licensing or regulations for those who sell bullets. So if someone buys a gun illegally they can get ammunition very easily. It would also make it easier to catch these people because you only need to buy a one gun but many bullets. If the criminal runs out, they need to buy more which would increase the chances of them getting caught.

In addition to the background checks, there should also be a tax on bullets and materials used to make bullets. First off, this would be a good revenue stream for the government considering how many people buy guns and ammunition legally. Second, it would also limit the amount of ammunition people have in their homes so say someone steals a gun from someone's home, there also would not be so much ammunition to also steal. This would have a significant impact because up to 600,000 guns are stolen every year in the U.S. That's one every minute. Imagine how much stolen ammunition that could also be. Usually one magazine is enough for someone to protect themselves in their home, so they won't buy so much.

Some people will try to fight against strict gun control to stop gun violence but I believe we have been going around the issue all wrong. The ammunition should be controlled and taxed to create a safer environment for people to live in without the fear of if they will just get shot on the street. 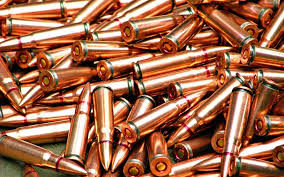 gun issues
Published on Nov 3, 2016
Report a problem... When should you flag content? If the user is making personal attacks, using profanity or harassing someone, please flag this content as inappropriate. We encourage different opinions, respectfully presented, as an exercise in free speech.
Wauwatosa West High School

Protecting the Mother, or Taking a Life?

We should increase the minimum wage

This article talks about how animals testing is wrong and how it hurts animals. I believe animal testing is very wrong and should be stopped.

Why pay thousands of dollars for something that is expected of American citizens to get by in our society?

Immigration The Mistake In United States

My letter is about how immigration is killing our country and all the problems immigration has done.

The next president should be sure to check out the major issue of gun control in our country.

The Flaw With Gun Control

My ideology when it comes to the implication of gun control. Change the people don't control their actions, because as soon as a crack in the syste...

In our letter, we state the pros and cons about firearms. We will also discuss the facts about gun rights and share our ideas for a solution around...