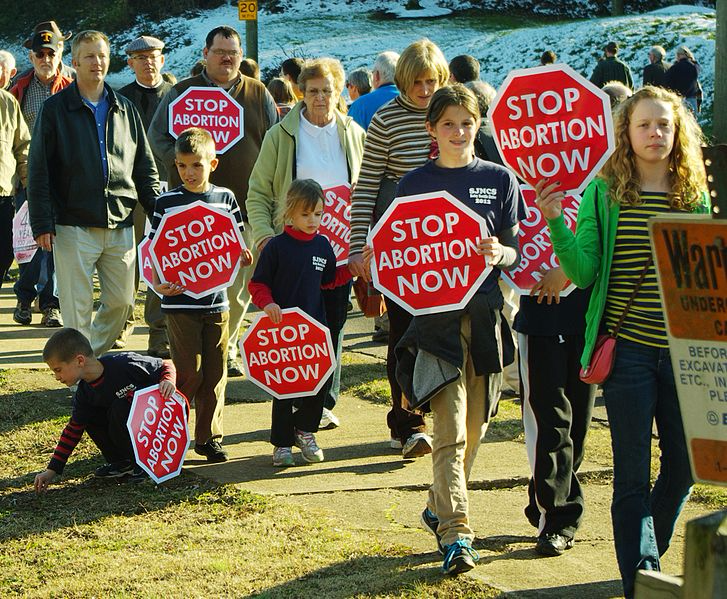 As a young teen I am concerned about abortion these days. More and more teens become more irresponsible when having sex and don't use protection. So why should the baby have to be punished for something two irresponsible teens did. Some people can't have babies and when women get an abortion they are just giving up on the baby and on being a mother. I do understand that some people are not ready to be parents but there are other options.

Some symptoms that cause abortion are not being able to take care of a baby or aren't ready to. Most women getting pregnant these days are teenagers and they aren't ready to take on the responsibility or they don't have the money to raise a child. From 1973 to 2011 nearly 53 million legal abortions occurred in the U.S. I do not understand why people get abortions when there are people out there who would kill to have a baby and cant.

It is wrong to kill those babies, I think that women should at least carry the baby and then give it up for adoption if they want. It is however different if they are a victim of rape. People should know that it is first degree murder, you are killing an innocent victim.

There is 1.1 million U.S abortions each year and nearly 1 in 4 pregnancies end in abortion. 51% percent of abortions are performed on women less than 25 years of age. The worst part is how they perform the operation, the baby's body is cut into pieces. Forceps(tweezers) are inserted into the uterus and are used to twist the baby's body and if the head is too large it has to be crushed in order to remove it. Which in my opinion is wrong, they are killing an innocent baby.

I think that we could set up a class for pregnant women and they could be taught how to take care of a baby. I also think that if pregnant women saw a video on abortion they would change their mind about it. I don't think there is much you can do for this issue maybe put women away in jail or persuade them to do adoption not abortion. It is sad enough that people have miscarriages and those aren't their fault but killing a baby on purpose is wrong and needs to be stopped.

In conclusion abortion is wrong and cruel and needs to be prevented. So i beg you Mr./Mrs. President help stop abortion!

children abortion love adoption care
Published on Nov 11, 2016
Report a problem... When should you flag content? If the user is making personal attacks, using profanity or harassing someone, please flag this content as inappropriate. We encourage different opinions, respectfully presented, as an exercise in free speech.
Billings Public Library

My story is about stopping gun control.I think we as individual citizens have the right to make that decision if we want or don't want guns.

This letter encourages the fundamentals of choice and allowing women the right to choose abortion over an unwanted pregnancy. To many, this is a ve...