My name is Tianna Janssen and I’m a sophomore at Coon Rapids-Bayard high school in Iowa. Abortion is a very controversial topic in our nation today, one that I think you should consider addressing during your presidency.

The reason most people decide to partake in abortions, isn’t because of any health reasons or because of the fact they may not want a child at whatever age they are. It because they were pressured by family, friends, and society. As Albert Einstein said, “Few people are capable of expressing with equanimity opinions which differ from the prejudices of their social environment. Most people are incapable of forming such opinions.” Because society has such a hold on people, we look towards what everyone considers “right”, like having an abortion, instead of actually doing what is right, saving a life.

There are many couples where the women is unable to bare a child or the man has some sort of medical issue that makes having a child impossible. These couples look towards adoption of their way of creating a family. With abortion, the chances of finding a child that can be adopted has dropped dramatically. For one agency, a waiting list for a white baby is from three to five years. Not only has the time it takes to adopt a baby gone up, so has the cost. A baby once cost approximately $500 to $2,000 dollars, including medical expenses. Now with abortion being legal, fewer and fewer children are able to be adopted. The price to adopt a child now is ranging anywhere from $25,000 to $40,000.

Many groups, such as National Right to Life, have been successful in getting a twenty-week ban on abortion adopted by fifteen states. The reason for this ban starting when the fetus is at twenty weeks is because an unborn baby at a twenty week gestation is fully capable of feeling pain. The unborn child reacts to stimuli that would be recognized as painful if applied to an adult human, for example, by recoiling. Abortion clinics, when removing the unborn child, do not use antiseptics like doctors would use when performing, say an operation on an unborn child’s organs. Not only are they killing the child, but they are making it suffer before doing so.

Not only is a life being taken away, the mother is also being highly affected by going through with an abortion. Suicide is the leading cause of death in women within forty-two to 365 days after having an abortion. Voluntary guidelines for post-abortion mental health evaluations during the month following an abortion have failed to significantly decrease the rate of suicide after abortion. According to a new study, women who aborted were 81 percent more likely to experience mental health problems compared to all other control groups, and 55 percent more likely to have problems compared to women who delivered an unplanned or unwanted pregnancy.

With abortions killing an innocent child, affecting the mother to the point of suicide, and ultimately leaving many people devastated, why is such a thing legal? In your presidency, I hope you sincerely look into ending abortion and being a hero by saving so many lives of future and present Americans. 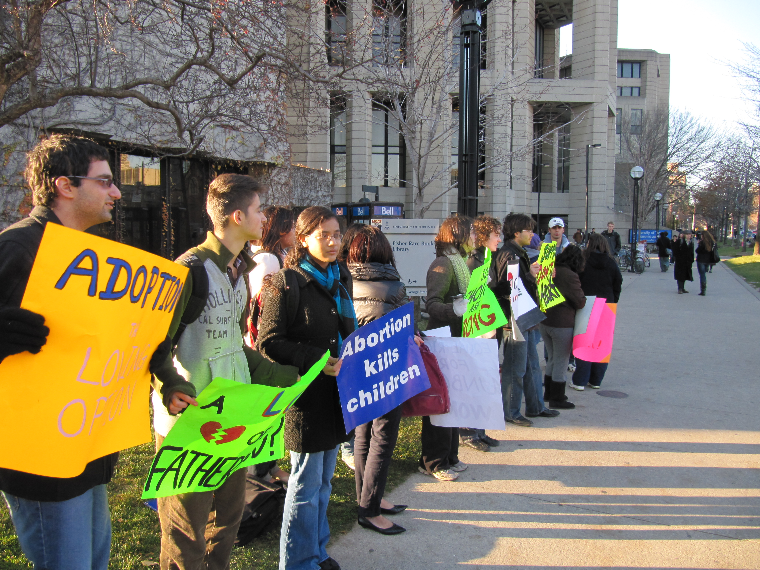 abortion
Published on Oct 21, 2016
Report a problem... When should you flag content? If the user is making personal attacks, using profanity or harassing someone, please flag this content as inappropriate. We encourage different opinions, respectfully presented, as an exercise in free speech.
Coon Rapids-Bayard

In order to end racial discrimination in the United States, citizens need to respect one another and realize 'all lives matter.'

Guns shouldn't be taken away but they should be controlled.

Abortion should be made illegal in the United States.

Careless Abortions Should be Stopped

The killing of a human being is wrong, even if that human being is yet to be born. Fetuses feel pain during the abortion process. A 2008 peer-revie...

Why we have abortion and why I disagree.

Abortion is the deliberate termination of a human pregnancy. It can be done medically or by medication.