“Be who you are.” That is a statement that is told to plenty of people, especially to many youths, but being who you are can cause unnecessary harassment. The LGBT+ community has been through great amount of discrimination just for being open about their sexual and/or gender identity. With all of this judgement towards them comes a profound and everlasting sadness to many. That is why there should be a law stating that there will be consequences if someone or someplace discriminates anyone a part of the LGBT+ community.

Last year, President Obama legalized same-sex marriage, which is monumental! Although there was extreme happiness to everyone in the community and their supporters, there was backlash from the people who don’t agree. For example, a Kentucky clerk, Kim Davis, did not let gay couples get their marriage license. Though she knew about the law, she still resisted. According to nbcnews.com, “Davis argued that her faith defines marriage as the union of a man and a woman. She said that by signing a marriage license for a gay couple she was violating a tenet of her religion.” I understand that certain religions strongly believe exactly what Kim Davis explains. However, gay couples should not be identified as a violation, they should be portrayed as human beings like everybody else.

In 2011, the now candidate for president, Hillary Clinton, delivered a great speech in which she voiced, “Gay rights are human rights, and human rights are gay rights.” This statement gets right to the core of the issue: everybody is human and should not be treated differently based on how they identify themselves, so much that there is a Human Rights Campaign. HRC is an organization that makes sure that every lesbian, gay, bisexual, has equal rights and, as stated on their website, “can be open and safe at home, at work, and in the community.” The concept of this organization is very important. Many people when they come out to their families, get told that they are delusional and that it is something that they will get over. That should not happen. Everyone should feel like they’re welcome everywhere.

When someone feels like they don’t fit in or are unwanted, or feel like they carry no purpose in the world, it can lead to innocent person’s death. According to thetrevorproject.org, the rate of suicide attempts is 4 times greater for LGBT+ youth and 2 times greater for questioning youth than that of straight youth. Another statistic is that LGBT+ youth who come from highly rejecting families are 8.4 times as likely to have attempted suicide as LGB peers who reported no or low levels of family rejection (“Facts About Suicide”). There are more statistics that are just as heartbreaking as these. People don’t realize that their actions can lead others into attempting suicide. What if it were their friend, family member, or even their own child?

Having a law for these such instances to not happen anymore would make our world more welcoming. It will show future generations that it is okay to be a lesbian, gay, bisexual, transgender, queer, and so on. No one should hide who they really are just because other people don’t accept how people identify themselves. This “problem” should be the last 0f one’s worry considering all the changes coming up that could cause plenty of concern for our wellbeing. 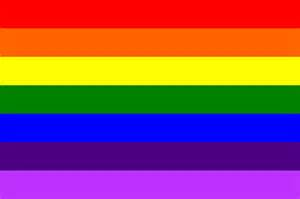 human rights discrimination equality lgbtq rights
Published on Nov 8, 2016
Report a problem... When should you flag content? If the user is making personal attacks, using profanity or harassing someone, please flag this content as inappropriate. We encourage different opinions, respectfully presented, as an exercise in free speech.
Tenor High School

How many people will have to die

You should consider decreasing the college tuition for students who want to attend college.

An insight to the issue of gun violence in the United States.

Pro-Choice, Pro-Life, or Both?

The United States of America needs to find a compromise for the issue of abortion.

The Debate over Global Warming

The effects of global warming have impacted the Earth and has changed the way we live for years. It is time to take action!

Why the black lives matter movement is important and should be recognized more.