Although there are many problems in the United States there is one major problem that concerns me every day I walk to school. I see many many people on the street asking for money with no place to go. There are many people that are homeless and there is a group within the homeless that we should be very concerned and worried about. We should be very worried about the countless number of veterans that served our country and are now homeless. You the future president should strive to end homelessness because they deserve better.

According to VeteransToday.com, “as of 2012 homeless veterans make up 11% of the United States homeless population which is about 31 homeless veterans for every 10,000 veterans” (“Homeless Veterans”). They also mentioned that “on a single night in January 2010, the PIT count estimated there were 76,329 homeless veterans.” Our veterans spend years away from home, and come back without really knowing how or having a way to make money to support themselves and their families. They end up living on the streets, in abandoned buildings, vehicles, or shelters. Other veterans might struggle because they don't have family. Another reason they are homeless is because military training is not always transferable to the civilian workforce. In fact according to Policy. Mic, ”veterans are 50% more likely to be homeless than the general public.” (“PTSD and Homelessness”). The fact that they were in the military and have a lot of good experience does not give them higher chance of getting a job. Although veterans may sometimes get a monthly check if they were injured in war, sometimes that check is not enough to survive.

There are veterans that might be able to get a job and live a healthy fulfilling rest of their life. Although some argue that homeless veterans should just get a job, there are veterans that come home with severe cases of PTSD. There are many jobs that you can easily get in the united states however these jobs might be difficult for veterans with PTSD to do their job correctly. Many jobs are pretty noisy and might trigger PTSD in veterans.

There are those who argue that the government should not spend much money on helping homeless veterans because it’s self-inflicted. Although this may be true in some cases, this behavior can be linked to the emotional trauma, mental health effects and military service that they did. Veterans that served in the military in war zones were exposed to physical injuries, and psychological trauma, that could of caused for them to end up homeless. They also think that there are more than enough programs that help homeless veterans, and that the government already spends enough money on these programs. If this were true, there would be no more homelessness in the veteran community.

There are many different programs that specialize in homelessness, and there are others that are exclusive to veterans. A program that is well known for it’s achievements of stopping veteran homelessness is the U.S Department of Veteran Affairs or the VA. As stated in va.gov, the VA has helped veterans by providing them housing solutions, employment opportunities, and health opportunities. They have been able to give almost 150,000 homeless veterans healthcare, and have given 40,000 homeless veterans monthly compensations.

Although there are any ways the government has helped the homeless veterans, there is still a lot of space to improve. As stated before many veteran suffer from a variety of physical and mental disabilities because of the services they provided, which could be the cause they are homeless. Providing somewhere they can sleep and live in, is the least the government can do for our veterans who sacrificed so much to give us the freedom we have today. 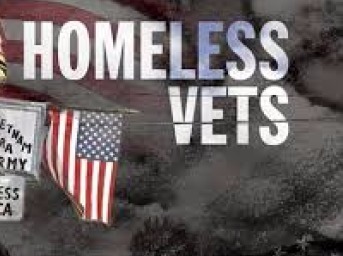 homeless veterans homelessness veteran issues veterans rights
Published on Nov 7, 2016
Report a problem... When should you flag content? If the user is making personal attacks, using profanity or harassing someone, please flag this content as inappropriate. We encourage different opinions, respectfully presented, as an exercise in free speech.
Tenor High School

Equal Pay between Men and Women

School lunches need to be better

Women's Equality in the Armed Forces

Women are not being treated equally to their male counterparts.

Domestic violence is a big issue not only in our country, but in other countries too. This issue impacts many people every year.

There are way to many people that do not have a home and we need to fix that.

This letter contains causes and solutions to the growing issue of homeless youth in america. This is a serious issue because we are robbing homeles...

We should decrease the population of homelessness and hunger in the United States.