Sometimes people think that having a gun is like having a toy. Some people don’t know what it means to carry a gun or when to use it. They think they would solve their problems by using a gun against someone. Those people who have kill others don’t think about other people’s lives; they don’t think of the family they have.  I have seen videos of police officers use guns against people who are unarmed; they claim that they were armed or where fearing for their lives, but in reality, I think those police officers wanted to use their gun against those people. Police officers should be banned from guns just as the people should. Having a gun is not the solution for every problem that happens.

In some countries, police officers don’t even carry guns. According to Olivia Goldhill in "How Do Police Handle Violence in Countries Where Officers Don’t Carry Guns?", in some countries not a lot of people have access to guns and that makes it a little more safe for people and there’s no point where officers should carry a gun. In the U.S., police officers are trained for 19 weeks and that that’s not enough time for them to learn how to handle situations. Police officers of the U.S. believe that they should carry a gun because they fear that people come along and shoot at them. The article says that in order for a person to be qualified to be a police officer they have to be trained for 3 years. That’s enough time for a police officers to be trained on how to handle situations, and they still don’t even have access to guns. If they have contact with any gun violence they just call an police officer to come armend and handle the situation. Why can’t it be that way in the U.S.?

Have you ever thought about those people that have been killed by a gun homicide? According to the article Everytown Research.org, nearly 12,000 gun homicide have occurred in the U.S. over a year. If you think about it, that’s a lot of people dying each year. The website says that even more people are injured than killed. Over the past years, the number of gun injures have been increasing. More and more people are having access to guns; even kids are using guns, and the U.S. needs to exert more control over gun ownership.

It’s time to put an end to the gun violence that has been going on for a long time. People don’t want to see any more blood. Some people are even scared to go outside, thinking that any person could come along and kill them or try to use a gun to rob them. If you ban guns from the people and police officers, there would be less killing in the U.S. Let's not wait and make this dream come true; let the gun violence stop now. 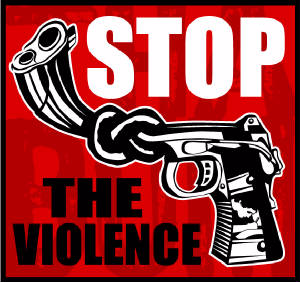 gunfire police deaths gun deaths gun issues
Published on Nov 21, 2016
Report a problem... When should you flag content? If the user is making personal attacks, using profanity or harassing someone, please flag this content as inappropriate. We encourage different opinions, respectfully presented, as an exercise in free speech.
Tenor High School

Cyber bullying is a horrible act, that needs to be stopped, it has effect to many people at this point.

An important issue I think the next president should address.